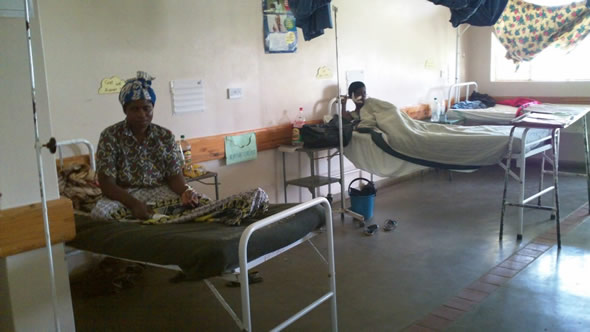 MUTARE – The MDC-T MP for Mutasa Central, Trevor Saruwaka is reported to have sourced over US$700 000 for the upgrading Bonda Mission hospital and equipping it with new machinery.

The hospital which is run by the Anglican Church is a referral hospital for Mutasa and other parts of Manicaland and can accommodate up to 200 patients. Finance Minister Tendai Biti and Health Minister Dr. Henry Madzorera are also said to have played a part in the project.

Before the upgrading of the hospital, patients in Mutasa especially those needing to get x-rays done, were being forced to travel for an average of 100km to hospitals in either Mutare or Rusape.

Bonda hospital is now equipped with a state of the art x-ray machine including a processor for the x-ray results. Saruwaka also managed to source on behalf of the hospital an ambulance and an administrative vehicle.

Staff accommodation and other buildings have been refurbished, with the administrative block now computerised while the tarred road has been resurfaced.

To ease the water shortage, which was a perennial problem at the hospital, a 100 000 litre water tank was installed.  Two full-time doctors are also working at the hospital.

Saruwaka said all the work which was started in March last year was commissioned by the contractors.  Most of the labour was provided by the local community at no cost.

Will Zanu PF be able to steal 2013 election?