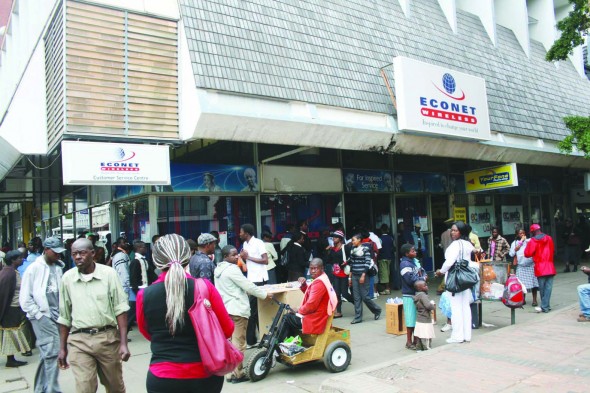 SOUTH AFRICA – Econet Wireless Zimbabwe, a telecommunications company listed in Zimbabwe, is to extend its footprint into South Africa, with plans to open a new shop in Johannesburg to serve its Zimbabwean clients.

Econet’s first shop in South Africa will be in Hillbrow, a densely populated inner-city suburb, and is intended to cash in on the success of its call-home facility, which allows Zimbabweans in South Africa to call back home at discounted rates.

Calls home to Zimbabwe are pegged at R2.25 per minute off-peak and R2.85 per minute during peak times. An Econet official in Harare on Tuesday said South Africa was a natural choice for expansion, given the “large market” of Zimbabweans living in South Africa that the company would be able to tap into.

There are about 2-million Zimbabwean nationals living in South Africa. In Zimbabwe, Econet has dominated the telecommunications industry since its formation in 1998 and has 8-million subscribers. Telecel, its biggest rival, has 2.5-million subscribers, while state-owned NetOne has 1.7-million users.

Econet founder and chairman Strive Masiyiwa is Zimbabwe’s richest man, with an estimated personal fortune of $300m, according to Forbes magazine. Econet Wireless Zimbabwe has a market capitalisation of $1.3bn.

The company has sealed an agreement to integrate its EcoCash money transfer facility with Zimbabwe’s banks. A senior executive at Econet, Darlington Mandivenga, said he expected all banks in Zimbabwe to be integrated by the end of this month with EcoCash, which has 2-million users.

The Commercial Bank of Zimbabwe, Stanbic, Agribank and TN Bank have already integrated with EcoCash, which is a replica of the Kenyan M-Pesa money transfer system.

The monetary authorities in Zimbabwe have given the integration the green light, with banks saying it will help to ease liquidity difficulties in the financial services sector. Econet said its EcoCash facility had pioneered flexibility and ease of doing business in Zimbabwe.

“A person can undertake banking from anywhere in the world at any time of day.” Business Day Live