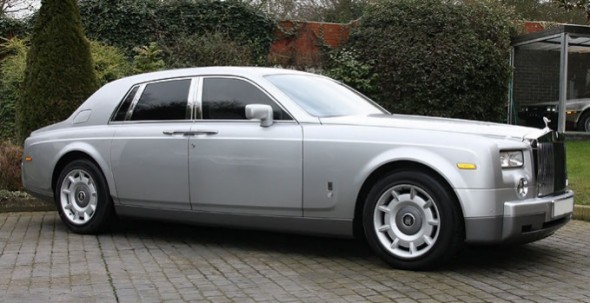 The matter arises from the seizure of a maroon and silver Rolls-Royce Ghost luxury car by the South African authorities, and which has been parked at a Pretoria police station since December 2010.

While the matter is subject of an on-going wrangle in the South African courts, the young businessman’s Ian Frank Properties trading entity had imported the car from the United Kingdom (UK) for the Zimbabwean hire company.

According to documents, a South African-based paid nearly £180 000 to Deca Motors International Limited for the mean machine with a 372 miles delivery mileage.

With the South African police holding onto the luxury vehicle on account of suspicions that it was not properly documented, Zimbabwean-registered Auto Haus has also waded into the storm after claiming ownership of the car.

Information at hand also shows that a raft of international clearing agencies and companies were involved in the importation of the car.

However, a South African court has added mystery to the ownership of the car by declaring the country’s police were justified in holding onto the vehicle until relevant papers had been submitted to the authorities.

On the other hand, Buyanga’s camp insists sufficient papers had been submitted to the SAPS and that the mean machine had been brought in legitimately.

Known for his penchant for fast cars, the self-styled financier and property investor owns, among other cars, an Aston Martin DB9, a Bentley Continental, two Lamborghinis, a Mercedes ML 63 AMG and another Rolls Royce.

Earlier this year, Buyanga was in the news after allegedly wrecking his $230 000 Ferrari 458 Italia in Cape Town, although he escaped unhurt.

Although his property dealings have sparked controversy in Zimbabwe, a man regarded as central to his prosecution was recently acquitted by the local courts — rendering the State case against the flamboyant businessman weaker. Daily News