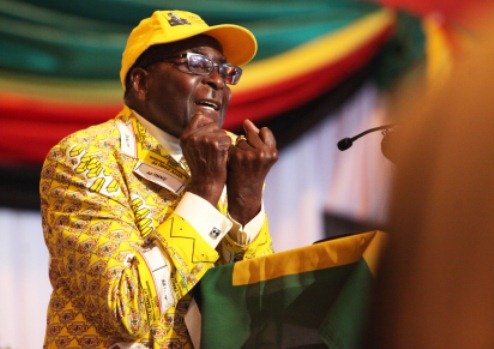 CHINHOYI – Zanu PF aspiring candidates who are campaigning clandestinely for support are in breach of party rules regarding the use of money to get grassroots support.

Party sources in Karoi town say those within the influential positions are demanding a “talking fee” so that they can work for any preferred candidate. A youth member said:

“Our camp is well known here and aspiring candidates must pay us to feed our families as we are unemployed. Gone are days when we could get beer and be violent. Our demands are simple as we want money” said the youth member who declined to be named.

He admitted that what they are doing is against what President Robert Mugabe is preaching against especially the “use of money to get votes”. Another provincial member of the women league said:

“The party has no money and those who want positions must pay in cash if they want our support they must pay whenever we want to meet”, she added.

However some men are into mobile money requests. “Who can buy me airtime if an aspiring candidates is organising an outreach meeting? He has to give airtime money that I am can communicate with in those outlaying areas. From that money I will leave for my family. Those without money will not get our support.” he added.

Party sources say the move on “money game” will dent the party ahead of primaries. An aspiring candidate confirmed that they are paying from their pockets but defended vote buying allegations saying, “I need support and those who can support me get a small token if they request.”

However most of the aspiring candidates confirmed the indirect demands by traditional leaders especially chiefs whenever they go to launch campaigns.

“Traditionally you have to inform the traditional chief that you will be in their area and need their support. You buy groceries and a token fee as well as some beads, black and white clothes among other issues” said the candidate who said it was premature to release his name.