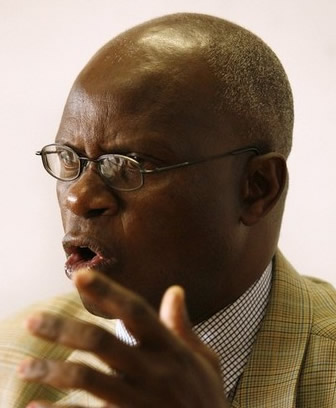 Finance Minister Tendai Biti and Justice Minister Patrick Chinamasa on Monday denied that the millions of dollars needed for the upcoming constitutional referendum have been secured.

Chinamasa was quoted by the Sunday Mail on the weekend as saying the poll, just three weeks away, “will not be stopped because of lack of money,” and that some US$85 million was “sourced locally” from commercial and business interests.

These comments were made two days after Biti announced that the government had failed to source external funding for the referendum. But Chinamasa on Monday refuted the Sunday Mail report, insisting he was “misquoted.”

SW Radio Africa’s Harare correspondent Simon Muchemwa spoke to Chinamasa on Monday and he insisted the money has not been secured.  “He said that the government was likely to raise the money from within the country, but that had not happened yet,” Muchemwa said.

Minister Biti on Monday also denied that the money had been secured, reiterating during a press conference that the government was still planning to source the funds from local firms. “Both ministers have reiterated there is no money yet,” Muchemwa said.

However, Chinamasa then called Muchemwa late Monday afternoon to once again retract what he had previously said. He said the money has been secured, but SW Radio Africa still needs to confirm this new statement. SW Radio Africa