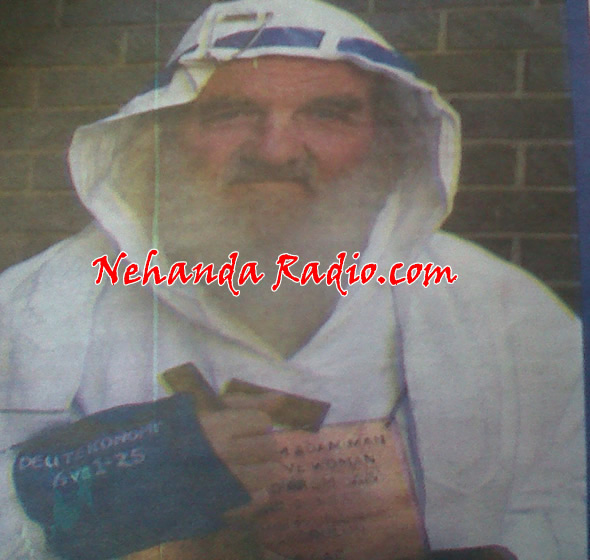 HARARE – A self-styled city prophet is questioning the powers of fellow prophets claiming they use magic. The man resides in Waterfalls and claims to be the only true prophet.

In an unsolicited interview with H-Metro, Josias van der Merwe claims to be a disciple of Elijah. “All these prophets get their powers from n’angas, they use juju but I use the power of God.

The soft spoken Van der Merwe said he was now writing his own version of Holy Bible. “This (current) book called the Holy Bible to me and my God is an abomination and riddled with inaccuracies. Thus I condemn that which is evil in it to the true Messiah when you can test what I have written,” he said.

He added that the love of God was recently lost in Ethiopia because of Ethiopia turning to Christianity away from the law of God and for that reason Haile Selassie was allowed to be murdered.  He said he was called to do this work since 1980. H Metro