Mugabe’s powers up in smoke 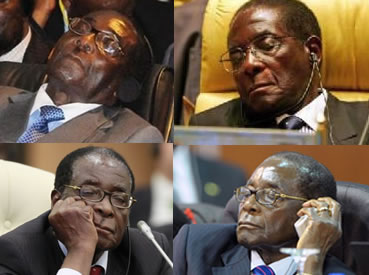 “We managed to resolve the outstanding issues that include executive powers, devolution, composition of the Attorney General’s office, Prosecuting Authority and establishment of the Constitutional Court,” Matinenga said.

“People talked about the imperial powers of the president. This issue wetted the collars of some who were saying that you want to reduce the powers of a president to the level of a senior clerk.

“President Mugabe said that he does not want that power. He said he did not want to ambush anyone on the timing of elections, he will do it openly. Some of us agreed to his suggestion much to the disappointment of another party that wanted to please him,” said Matinenga.

Hawks in Mugabe’s Zanu PF have cried murder most foul over the issue of executive powers arguing a head of State needed more power than was being offered by the new charter.

However, opponents of Mugabe’s rule have on the other hand, argued that the kind of powers that he gave himself under the Lancaster House Constitution had turned the former guerrilla leader into a dictator.

“On Thursday when we were briefing the Principals on this matter, one view was that the president was to be given powers to dissolve Parliament for example, if he feels that he does not like Matinenga and does not want to sit beside him, like the British system in which David Cameron, can dissolve Parliament at his own willing,” Matinenga added.

He said the president has retained the right to declare war or peace without having to wait for Parliament’s approval to cater for instances when the legislature is in recess.

“However, any declaration of war may be revoked by Parliament through two-thirds majority. In such a case, if the president receives advice from Parliament to stop the war, he has to disengage,” said Matinenga.

Under the new draft constitution, a sitting president may only dissolve Parliament under special circumstances according to Matinenga, “such as if the legislative assembly fails to pass a budget rendering the executive non-functional.”

He said the Principals had agreed also on the issue of devolution and political power to be shared equally among the entire provinces. They had also agreed on the issue of nomination of running mates.

A Constitutional Court and a National Prosecuting Authority (NPA) separate from the AG will be established. The NPA will have the same authority as a High Court Judge.

A National Reconciliation Commission will be set up to resolve all political conflicts and it will be supported by an enabling legislation.

After signing the draft constitution on July 18 last year, Zanu PF somersaulted with the party’s politburo spending some 60 hours scrutinising the new charter.

In the wake of the Second All-Stakeholders’ Conference, the former liberation movement demanded that issues raised at the gathering be incorporated into the draft charter precipitating another round of negotiations that spilled into this year.

For over three decades, Mugabe has enjoyed unfettered power and rule over Zimbabwe since majority rule from Britain.

Meanwhile, Matinenga told the Daily News the Principals had since called in the original drafters Justice Moses Chinhengo, constitutional law expert Brian Crozier and Priscilla Madzonga and the three are now working on incorporating the remaining issues.

“I can confirm the drafters are at work at the moment. However, I have not been given a time frame as to when they will complete the exercise. Of course, I will be able to present the draft to the Principals as and when they are done,” Matinenga said. Daily News