Kunonga is not my lover: Mai Chisamba 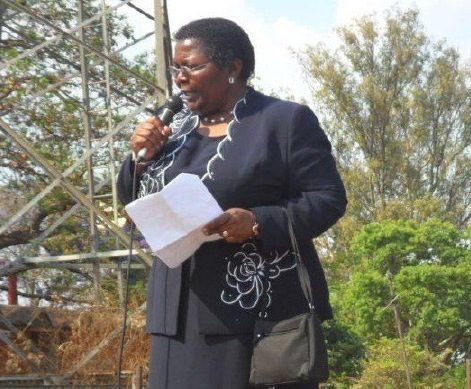 REBECCA Chisamba, popularly known as Mai Chisamba through her talk show, has dismissed as “malicious, wishful thinking and baseless” allegations that she was involved in an extra-marital affair with Anglican bishop, Nolbert Kunonga.

Her husband Arnold Chisamba also poured cold water on reports that were awash on social network sites and some sections of the media alleging that his wife and Kunonga had a sound and flourishing relationship.

“Maybe it’s a Christmas joke. I don’t actually know where this is coming from, but whichever way, this is not a pleasant one. These claims are just unfounded and are part of a destructive agenda,” said Mai Chisamba.

“These allegations have been doing the rounds since 2007 with some assertions that we were frequently spotted together at midnight. But even my husband can testify that at these alleged times I would be comfortably by his bedside, if not in his arms.”

The former teacher who has won numerous awards as a talk show host said they were only related to Bishop Kunonga through Gogo Chisamba, mother to her husband, whom she said was a close relative of Gogo Kunonga [Nolbert’s late mother].

She also said it was just unfortunate that Gogo Chisamba had passed on a month ago, saying her testimony would have put the matter to rest.

Gandiya won the right to control Anglican properties, but Kunonga is still challenging the issue in the courts. On her position in the Anglican Church squabbles, Mai Chisamba could not be drawn into saying much.

“I am not a spokesperson of either side, but we all understand that Zimbabwe has freedom of worship and as an individual I am free to exercise that right. However, as a law-abiding citizen, I respect court processes and the laws of Zimbabwe,” she said.

As a parting shot, the motherly figure who at one point scooped the Communicator of the Year Award said she believed in communication as the ultimate route to a better world and said her message was “peace only”. She also thanked “vadiwa vatariri” [the viewership of the Mai Chisamba Show] for their unwavering support.

No female marriage officers in the Anglican Church

Responding to allegations that her alleged relationship with Kunonga saw her landing the post of a marriage officer in the church, Mai Chisamba said this was just imaginary as far as the Anglican Church doctrine was concerned.

Although the bubbly character appeared not to be tormented by the allegations, she however, pointed out that much as she was a public figure, she expected to enjoy her peace as an individual and implored on journalists to be more responsible and professional.

“What can one expect as a public figure? These are the ups and downs that characterise our offices, but journalists should be more professional in order to retain the credibility of their profession.

Maybe there is a culture that is foreign to our society and that we need to deconstruct through the show. How many celebrities or top people have had numerous inventions peddled against them?

“If that journalist had done his homework, he would have found out that only priests can be marriage officers as per the Anglican Church tradition and priests can only be males.

On reports that she was the best lady at the Kunongas’ wedding anniversary in 2007, Mai Chisamba said, “Actually, it was another bishop and his wife from the region who were the best man and best lady respectively,” she said.

The mother of five and grandmother of two said as a social activist, she remained apolitical and that in the quest for a better Zimbabwean society, she is spurred by such tribulations.—Zimbabwe Standard

Thirty-three years in parliament is greedy