Zanu PF can’t stop an idea whose time has come 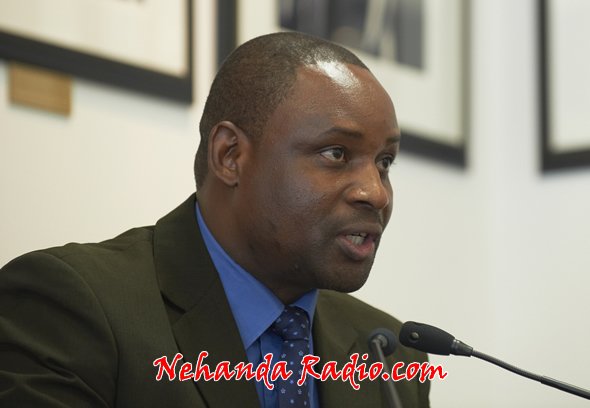 Hardly ten years ago, it was unfathomable to imagine that an Afro-American would one day be president of America. Today, Barack Obama, the son of an ordinary Kenyan father from the minority Luo tribe, is serving his second term as leader of the great nation.

Frenchman Victor Hugo could be forgiven for smiling in his grave as he explicitly recalls what he once said with prophetic wisdom “There is nothing more powerful than an idea whose time has come”.

On the 2nd day of March 1970, Ian Smith thundered “I don’t believe in black majority rule ever in Rhodesia, not in a thousand years”. In the marrow of their bones, the racist leader and his gullible protégés religiously believed this delusion was a reality despite the fact that the armed liberation struggle had picked up in earnest.

Disappointing Cabinet – Where Mnangagwa is leading us is…

In the years to come, we saw our parents, droves of adult relatives and neighbors unstoppably listening to Radio Maputo in the evenings with the volume on the “wireless” turned to its absolute minimum to avoid detection as it was treasonous to listen to the station. “Kune nzira dzemasoja” was a regular feature on the channel.

Despite the dire consequences of being caught listening to this broadcast which could include imprisonment or torture by Ian Smith’s brutal security forces, Zimbabweans did not give up following developments of the Chimurenga war on Radio Maputo as well as Radio Lusaka. “What made these people so brave given what could happen to them if they were to be caught?” one might ask.

The time for an idea had come hence, there was nothing more to lose or fear. Most of these people knew somebody who had joined the struggle voluntarily or otherwise. Some schools had lost a whole class as well as a number of teachers to the struggle. St. Augustine was one such institution.

To date, we know many from our respective villages who never came back despite political shenanigans to the effect that they had been sent overseas to further their studies in preparation for independence.

Because the time for an idea had come, devastated families eventually accepted the reality and moved on. It is for this reason that a good many of us shed a tear or two whenever there is mention of the tomb of the unknown hero. But I digress.

Rather, it was about the idea to liberate our country and create a free, fair, just and non-racial society. Even if Robert Mugabe or Joshua Nkomo had died during the struggle just like many of our celebrated heroes and heroines did, the struggle would have continued to its logical conclusion.

Of course, all this sounds pretty obvious. Why is it that we have people today, especially in ZANU PF, who seem to be oblivious to this fact? In the recent past, state media and a good number of shameless journalists have gone to town in their quest to assassinate Morgan Tsvangirai’s personality.

We seem to have now reached a very low point in journalism where the colour of mbuya Tvangirai’s dress becomes headline news. Some have gone on to do curious research on the depth of the borehole from which the Buhera old lady draws her drinking water.

I shudder to imagine the number of private cameras assigned to the Prime Minister’s wife, Elizabeth. All this is done by people who clearly fail to understand that MDC and its leadership don’t represent themselves but epitomise an idea whose time has come. This idea is about building a new Zimbabwe. No amount of diversionary tactic will work.

ZANU PF had three long decades to run the country but decided to ruin it. Instead of governing, they chose misgoverning, destruction replaced construction, corruption became second nature while violence developed into an acceptable sub-culture or at least lucrative business.

This is what galvanized the nation into resistance. With all the resources at his disposal, Ian Smith failed to stop a grand idea whose time had come, why would ZANU PF succeed when citizens are even more informed and determined? “An invasion of armies can be resisted, but not an idea whose time has come.”

Moses Chamboko writes in his personal capacity. He can be contacted at [email protected]