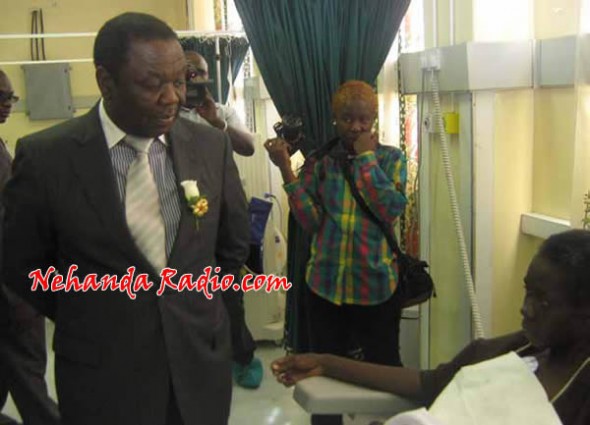 At least 640 bodies of infants are piled up at Harare Central Hospital mortuary, as the institution battles to come up with ways to dispose of them.

The news could be cause for heartbreak for mothers who lost their babies at the hospital and were hoping for closure on the matter.

Sources at the hospital said the issue had reached breaking point, but little could be done because the hospital had no resources to incinerate or bury the bodies of the infants. It was revealed that most morgue freezers at the hospital were malfunctioning due to frequent and prolonged power cuts.

Freezers are also said to be aged and are no longer capable of housing the increasing number of cadavers. “In some cases the bodies are packed 10 or more in a compartment to make space and this causes problems,” said a nurse, who for professional reasons, requested anonymity.

The nurse said in some cases the hospital had to wait for the number of bodies to pile up before incinerating them, as processing individual bodies would be too costly. “Sometimes we have to wait for the bodies to rise to 200 or 300, so that they can be incinerated in one lot,” the nurse explained.

“This is sad for the parents, as this can take two to three weeks. this affects the grieving process, as the parents will have to wait for that long.”

The sources said the pile-up was caused by the fact that most surrounding health centres had no functional mortuaries and therefore, Harare Central Hospital was compelled to take in corpses from other centres. “Bodies can sometimes be seen strewn across the floor,” one of the sources said.

“The mortuary attendants seem to have gotten used to the smell from there.”

Another insider revealed that the Department of Social Welfare was responsible for incinerations and burials of infants and due to cash constraints, the department preferred to do them en masse.

Harare Central Hospital chief operations officer Peter Gwata confirmed the body count at the mortuary, but said a funeral parlour had since offered to take over the burials to ease the burden on the institution.

“There are those bodies that are brought in by the police and those that are referred here by Social Welfare, those are the ones that we are having problems with,” he said. “We are able to perform incinerations on our own.”

Zim student overcomes leg amputation to excel in US