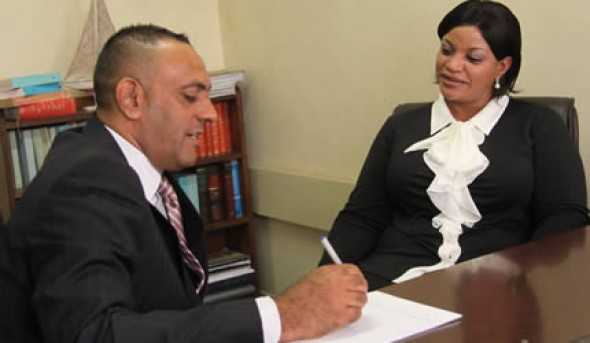 More than three decades ago, I found myself in a makeshift classroom somewhere in the forgotten corner of rural Zimbabwe. That was the beginning of an academic journey that took me through different continents.

The gender composition was somewhat balanced although skewed towards men. That slight disparity was a result of the general belief that girls were supposed to concentrate on home chores and were probably not good enough to pursue academic interests.

As time went by, I discovered that nothing could be further from the truth than that belief. I would classify myself as an average student although I was in top ten most of the time. But what struck me most were the intellect and abilities of female pupils.

He messes up, it’s a ladies’ war

Although decades have since passed, the memories of class and home works still linger.

There was a girl who was part of my class from first grade to seventh grade. She was either in first or second position most of the time. When we picked up our grade seven results, me and her came second overall in a stream of more than a hundred pupils.

As fate would have its day, she never progressed beyond seventh grade. Her father was a polygamist with many children. Many of her brothers were in the same class but not intellectually gifted. Their exam results were not as good, but they progressed nonetheless.

Because of limited resources, her brothers were given opportunities to go further with their education at her expense. I could not understand why that happened, but then I was a poor little boy facing my own troubles to offer any help beyond sympathy.

As years passed, the girl got married somewhere in rural Chikombedzi.

She started family life early, an educational life cut short and a future condemned to the routines of village life. To me she remains a symbol of women with sapiential abilities who are however betrayed by society and custom.

I have to admit a lot has changed regarding the rights of the girl child, thanks to the efforts of government, civic society and gender equality activists. But who is to blame? Is it men? Is it the family institution or society in general?

These questions take me to the circus between Locardia Karimatsenga and Prime Minister Morgan Tsvangirai. Perception and custom are the greatest setbacks to gender equality. The perception that a man is superior to a woman is gravely wrong.

That perception is evident in the assumption that a man must be held accountable for a failed marriage. Locardia’s efforts to sue Morgan Tsvangirai over a marriage that failed to subsist must ring warning bells in the corridors of gender equality advocates.

Whilst we may generally be sympathetic to her desperation and the events surrounding the failed marriage, her actions perpetuate the belief that men are superior to women and therefore must be held responsible for the upkeep of their wives.

Some fought in the liberation struggle alongside their male counterparts whilst some are renowned business people and academics. Locardia herself was marketed by the media as a successful business woman, a commodity broker so we were made to believe.

One wonders why her ego and badge of achievement has vanished all of a sudden as she is now claiming maintenance from Morgan Tsvangirai. Gender equality issues aside, does she have a standing before the law to make such claims? The answer is a big no and here is why.

To begin with, Locardia claims that she was married to Tsvangirai traditionally. That fact is not disputed. It is therefore important to address the saga from both traditional and legal contexts.

According to our tradition, a man pays dowry commonly known as roora or lobola as part of the marriage process. The practice was shaped by the fact that a woman leaves her family and becomes part of a new family. All her achievements after marriage become part of the new family.

There was no sharing of property whether livestock or huts built during the subsistence of the marriage. A symbolic token was given commonly known as gupuro whenever a man wanted to terminate the marriage. The token was not anything of value, usually a five cent coin.

The parents of the bride would have gotten the payment in advance during lobola, hence no need to share wealth again. Traditional marriage does not accord the benefits of ‘in community of property’ to the parties involved.

To the contrary, a marriage registered with the courts has the legal effect of property and other entitlements unless an ante nuptial contract is signed before the marriage. The court system is an alien concept whose effects have not been fully reconciled with our marriage custom and tradition.

Our society has not yet fully understood the implications of either way, hence no effort has been made to harmonise the two. Locardia has no legal recourse in as far as spousal maintenance is concerned. Traditional marriage does not accord such collateral benefits.

If however there were kids born between the parties, the children will be entitled to the same benefits as those born in a court marriage. Locardia definitely knows that and is not claiming sharing of assets but spousal support legally known as alimony.

Not only is she claiming alimony but rather an outrageous monthly amount of $15 000 citing the fact that she was accustomed to good life during the short stint she was married to Tsvangirai.

According to information in the public domain, most of her marriage time was spent in rural Buhera with ambuya Tsvangirai and not Morgan Tsvangirai himself. Tradition and custom aside, it is important to understand under what circumstances is alimony paid to a spouse.

Alimony is a concept and practice which originated in the western world. Unlike nowadays, alimony originated from the premise that the husband had a duty to support the wife during and after marriage. In ancient English and European times, divorce did not end the marriage and the husband’s duty to support his wife remained intact.

The concept has however changed in part due to gender equality advocacy on one hand and wealth and fortune dynamics on the other. There is now a corresponding recognition that a woman may also have the ability to pay spousal support to her former husband.

There is however some qualifying criteria under which alimony is paid.

In most countries, alimony is awarded only to marriages of ten years or longer. Under no circumstances has alimony been paid to marriages shorter than five years. There is also a limited duration under which alimony is paid.

In most cases, alimony payments cannot exceed the duration of the marriage. In the case of Locardia who was married for two months, a two months payment will apply assuming she was entitled.

It is mostly relevant to a spouse who cannot start a new career or trade due to age. It is not meant for young spouses who can actively work for themselves.

Temporary enjoyment by one spouse from the other spouse’s lifestyle during dating or short marriage is not grounds for claiming spousal support. Time limits are legally meant to protect innocent spouses from treasure hunters who may intend to marry for ulterior motives other than true love.

In the case of Locardia, she was married to Tsvangirai for about two months before she was publicly rebuked. Her argument that she is still married is an effort to run away from an embarrassingly short period of marriage in an effort to make alimony relevant.

From both tradition and legal dimensions, Locardia has no case. She cannot claim customary marriage on one hand and intend to mine from the benefits synonymous with a legalised marriage on the other hand. That is tantamount to fraud. Tsvangirai paid dowry according to our tradition.

That eliminated Locardia’s rights for any entitlements after divorce if our custom is to be followed and respected.

Is that the case with Locardia? Was there a time she was materially and substantially dependent upon Tsvangirai during their two months marriage? Spousal support if any, has nothing to do with the lifestyle that Locardia was exposed to during their dating period.

It is rather based on how much she depended on Tsvangirai during their marriage.

Whilst there is nothing wrong with Tsvangirai family’s efforts of trying to solve the case out of court, the legal route is his best hope. Locardia has no slim chance of succeeding according to Zimbabwe’s laws unless the case is handled by a judge who will legislate from the bench creating new laws or a judicial activist since the case has a political dimension.

Tsvangirai must not be ashamed to fight for his rights in court because of his public profile. There are scrupulous people who generally take advantage of other people’s profiles and arm-twist them for their selfish ends.

The case by itself is important to all Zimbabweans as it presents a chance to critically look at our marriage laws. A marriage is a union of two people. Its failure must be blamed squarely on both parties. Neither party must be punished for walking away from a marriage they are not happy with.

Women are also equally capable of supporting themselves during marriage and after divorce. Gender equality must transcend across all spheres of life and must not be embraced selectively.

Jacob Nkiwane can be contacted on [email protected]

Top model arrested after setting fire to her aborted foetus

He messes up, it’s a ladies’ war