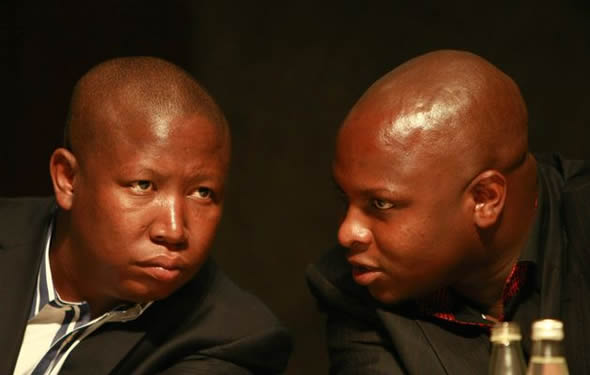 The woman who invited expelled African National Congress (ANC) youth league leader Julius Malema to Zimbabwe has claimed that the rabble-rouser is only in the country to attend her wedding at the Chisipite Gardens on Saturday.

Husky voiced Tendai Concilia Wenyika, who is the deputy secretary general of the Pan African Youth Union (PYU), on Friday said “he (Malema) is a friend of mine and he accepted the invitation to attend my wedding.”

Malema was whisked through the VIP section of Harare International Airport on his arrival late yesterday afternoon. Wenyika denied reports that Malema would hold talks with Zanu PF officials to discuss issues of economic freedom.

“That is not true. The primary reason why Malema will be coming here is for my wedding and nothing else. As soon as he arrives, I will be taking him to my home and tomorrow (Saturday) he will be at my wedding after which he will fly back to South Africa;” said Wenyika.

But many believe Malema’s arrival in Zimbabwe highlights Zanu-PF’s growing hostility towards South African president Jacob Zuma. The regional mediator on Zimbabwe’s crisis is coming in for increasing criticism from Mugabe’s party because of his insistence upon reforms before polls.

Malema – who has led miners’ strikes in South Africa and was charged last month with money laundering – has vowed to remove Zuma from power by the end of the year.

Meanwhile students at the Midlands State University (MSU) have denied reports that Wenyika became the first woman in Zimbabwe at any university to be elected as president of the Students Representative Committee in 2004.

“Wenyika was not elected president but was appointed by the university administration led by Professor Rungano Zvobgo, a Zanu PF loyalist. This was after the administration suspended the student who won the election,” a student said.