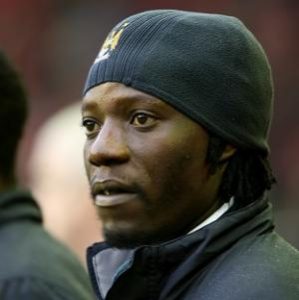 FORMER Warriors’ captain Benjani Mwaruwari has signed a one-year deal with South African side SuperSport United. The Undertaker put pen to paper yesterday in Pretoria, finally deciding to end his free agency status after sealing a deal with the former South African champions.

Details of his financial package were not immediately available last night but Benjani is set to be one of the best paid players in South Africa.

Benjani’s team have been working on the deal for the past week and after lengthy negotiations with SuperSport, the two parties agreed at the weekend to have a one-year marriage that could be renewed.

Repeated efforts to contact Benjani were fruitless last night but sources within his camp confirmed that the former Manchester City and Portsmouth forward will be unveiled as a SuperSport United player.

Benjani returns to South Africa where he began his professional career at Jomo Cosmos at the turn of the millennium. “The deal is done and has been signed,” said the sources.

“The two parties, that is the player and the club, feel they need each other and Benjy is happy to be closer to home and that is why he has chosen to play in South Africa.”

SuperSport have been lightweight in terms of their attack and have scored four goals in six league matches.

Earlier yesterday, SuperSport United coach, Gavin Hunt, had told KickOff that they were close to completing the deal. “We are going to try to sign him today, we have to try something. I think he is a general all-round player that can help us do a little better up front.”

Hunt said his team was creating decent scoring chances but blamed poor shooting for their lack of goals, using Saturday’s game against Free State Stars as an example.

“We are creating decent chances but we are not finishing them off, there is not much more you can say.

“We won one and have drawn two in the last three games. I’m worried that we are not winning here at Lucas Moripe Stadium but when we go to Polokwane, we win, here we don’t win,” he said.

Onismor Bhasera named player of the season at SuperSport United