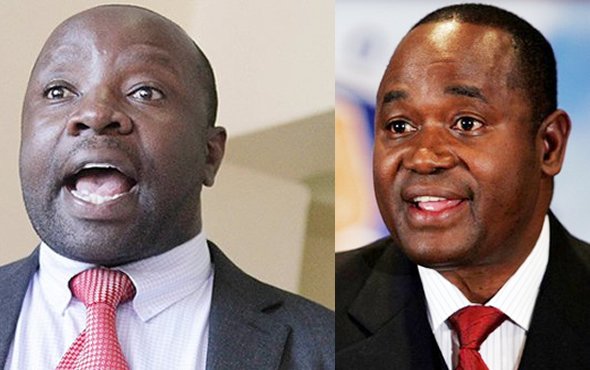 Munyaradzi Kereke, a former adviser to Reserve Bank of Zimbabwe governor Gideon Gono, has sensationally claimed that his wife and 4 year old daughter “just vanished” on the 13th of September and the police are now helping with investigations.

Kereke embroiled in an acrimonious dispute with Gono, after being sacked from his job in February this year, claims “indications so far suggest that foul play looms large. God has a way and I pray they are both safe.”

The dispute scaled new heights in February after Kereke alleged that Gono stole millions of dollars and gold from the central bank. He also claimed he is the one who wrote the examinations which earned Gono a doctorate degree.

Kereke claimed his removal from the central bank was calculated to conceal Gono’s criminal activities. The two fell out after Gono alleged that Kereke had authored a 20-page dossier detailing financial misdemeanours at the bank.

In a letter dated 18 September 2012, addressed to the Speaker of Parliament, Lovemore Moyo, Dr Kereke says:

“I wish to update you that I have approached the relevant authorities and presented reports of continued unbearable acts of intimidation and threats to myself and my family for the irreversible firm stance I have taken to stand against the vices outlined to Parliament.”

He then says “On the 9th of September, 2012 my Head of Ambulance at my RMC Hospital was trailed from the Hospital to his house by an armed gang who then proceed to fire gunshots in his bedroom before taking off with my motor vehicle. This was all done in front of his children.”

In February this year, Kereke wrote a 12 page letter in which he told Gono “You abused public assets, ranging from cars, gold bullion, shares, etc for direct personal gain. I have explicit evidence on this and please challenge me openly so that the public pronounces their own verdict based on facts.”

Kereke accused Gono of giving the impression he fired him for disciplinary reasons, “yet you know very well that you did so to cover up the multiple acts of criminal frauds you, Dr Gono did for your own personal gain with your family.” Gono “bought many personal real estate properties,” with stolen money, Kereke claimed.

“As a fellow Zimbabwean, my own conscience is clean and at peace that I stole no one’s penny and earned all that I have, academic, materially and spiritual beliefs through my own physical and mental efforts. Should you have evidence to the contrary, please report me to the relevant offices,” Kereke said.

Last month Gono filed a US$25 million defamation lawsuit against Kereke claiming the accusations by his former advisor were meant to tarnish his name. Kereke responded with this letter requesting further details. CLICK HERE