Tsvangirai wedding is still going ahead 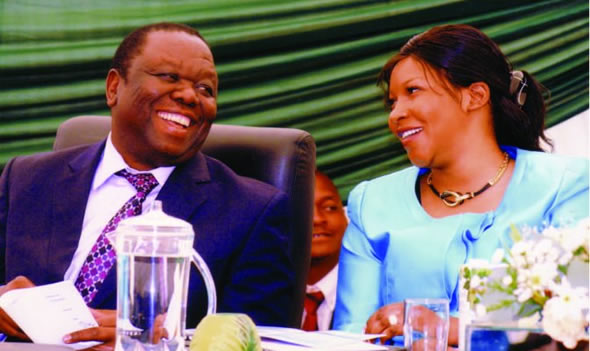 Prime Minister Morgan Tsvangirai was on Saturday still going ahead with his wedding to fiancée Elizabeth Macheka even after a dodgy court ruling by a magistrate accepted the objections of ditched lover Locardia Karimatsenga Tembo and cancelled his marriage licence.

Karimatsenga claimed she was still customarily married to Tsvangirai and on Friday her lawyer Everson Samukange said the ‘Magistrate has recognised customary marriage is lawful impediment’ to Tsvangirai’s plan to wed Elizabeth Macheka.”

Nehanda Radio.com has now been told that the wedding will now proceed under customary law (which allows polygamy) and the type of marriage will be upgraded later once Karimatsenga has been handed her traditional divorce of ‘guporo’ in the coming days.

We also understand thousands of MDC-T supporters and ordinary Zimbabweans were heading to the Glamis Arena for the public wedding ceremony to be held after the private ceremony at the Rain Tree Lodge in Umwinsidale, Harare.

Strangely the High Court on Wednesday found that even if Ms Karimatsenga was customarily married to the PM, such an unregistered marriage was not legally valid. Justice Antonia Guvava said the legislature only recognised such marriages for certain purposes.

Many legal experts say it was weird that a lower court could overturn a ruling of a higher court.