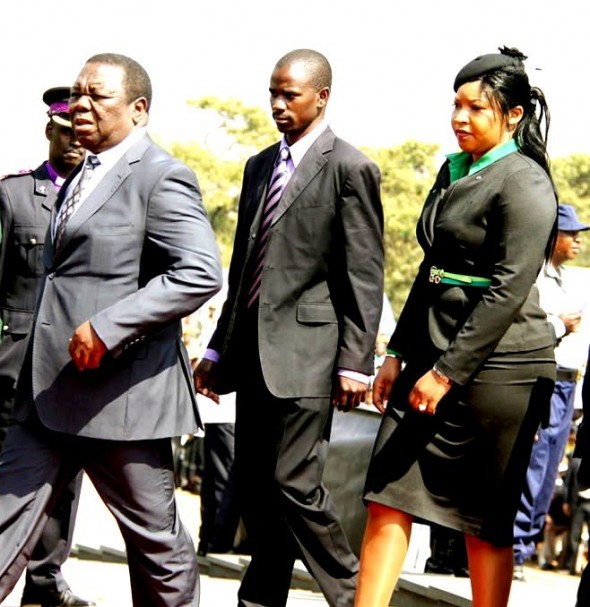 Thousands of Zimbabweans will have the chance to see Prime Minister Morgan Tsvangirai and his new wife Elizabeth Macheka when the two lovebirds hold a public wedding ceremony at the Glamis Arena in Harare on Saturday around 11am.

Tsvangirai’s spokesman Luke Tamborinyoka said “The PM recognises that he is a national leader and many will not be able to join him on Saturday because of the limited space. The public ceremony is to allow the generality of the public to join him in his hour of joy and celebration.”

“This is not his wedding, it is the people’s wedding,” Tamborinyoka said.

Despite the stage-managed drama around ditched lovers Locardia Karimatsenga Tembo and South African national Nosipho Regina Shilubane trying to stop the wedding, Tamborinyoka is confident the PM will officially tie the knot in Umwinsidale before the public ceremony at the Glamis Arena.

The High Court on Wednesday dismissed a last ditch attempt by Karimatsenga to stop the wedding after she claimed she was still married to the PM. Shilubane on Thursday suspiciously launched her own bizarre bid to block the wedding claiming Tsvangirai had promised to marry her.

Legal experts have already dismissed both cases as without legal merit and simply designed to embarrass and humiliate the PM.