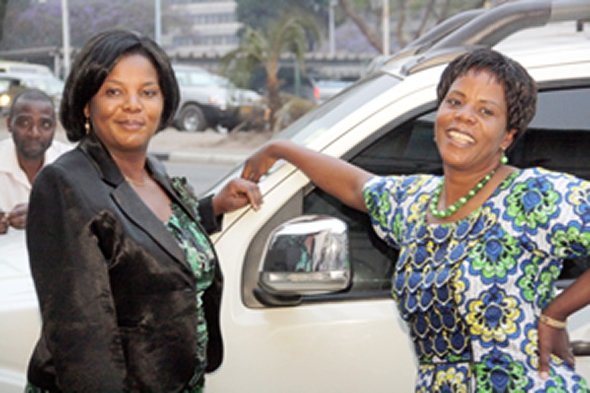 Prime Minister Morgan Tsvangirai on Tuesday asked High Court Judge Antonia Guvava to throw out an application by his ex-lover Locardia Karimatsenga, who wants to stop the MDC leader’s wedding to his new lover, Elizabeth Macheka.

In the preliminary points raised by the PM’s lawyers before the main interdict application yesterday, the premier contends that his estranged partner, Ms Locardia Karimatsenga Tembo, could have exhausted the other remedies provided for in the Marriages Act before approaching the High Court.

The PM argues that the law provided that any objections to the wedding should be sent to the magistrate who issued the marriage licence. After receiving the objection, the magistrate in the current case, Mr Munamato Mutevedzi, would conduct an inquiry.

“From the foregoing, it is my respectful submission that this honourable court has no jurisdiction to entertain this application for an interdict at this stage. The relevant legislation set out clearly the procedures to be taken by any person who intends to object to the solemnisation of a marriage in terms of the Act.

“Upon receiving any objection, the magistrate who issued a marriage licence or a marriage officer who intends to preside over the marriage is obliged at law to hold an inquiry into the grounds of the objection.”

“It is my view that the applicant should have exhausted the remedies availed to her in the Act before approaching this honourable court,” Mr Tsvangirai stated in his opposing affidavit. The lawyers argued that there was no good reason for the High Court to exercise its discretion in hearing the matter.

They also argued that the fact that the PM was denying ever marrying Ms Karimatsenga was a dispute of fact among other facts that could not be argued on the papers through an urgent chamber application. The lawyers argued that the matter was not urgent and that it should be dismissed.

It was submitted that Ms Karimatsenga knew of the Premier’s relationship from as far back as April this year when the couple engaged for marriage and that she had ample time to challenge the union. The lawyers argue that there was still ample time for Ms Karimatsenga to follow the Act in seeking remedy.

According to the papers, the relief being sought by Ms Karimatsenga was not competent. Ms Karimatsenga, Mr Tsvangirai says, had no legal standing to seek to bar him from marrying Ms Macheka. Speaking after the court hearing one of Ms Karimatsenga’s lawyers, Mr Mthombeni, said the preliminary point should be dismissed.

He said Ms Karimatsenga was not aware of the issued marriage licence and that there was no way she could have followed the channel of complaining to the magistrate.

“We did not know about the licence. Our client also got to know about it today. Everything was being done secretly so the High Court has jurisdiction to hear the case,” said Mr Mthombeni.

Mr Mthombeni also said there were no disputes of fact in the case and that it should be rightly dealt with on an urgent basis. Justice Antonia Guvava yesterday reserved ruling on the preliminary points to today at 3pm.

Even if the customary marriage between the PM and Ms Karimatsenga really existed, the lawyers said there were no chances for the granting of the order sought.

“The applicant ought to know and understand that customary law union by its nature, is not a marriage but rather a union that has been recognised for certain purposes,” read the opposing papers.

PM Tsvangirai denied ever marrying Ms Karimatsenga arguing he only paid damages after she fell pregnant. “I must state that as far as I am concerned, there is no valid Customary Law union or marriage between me and the applicant.

“In August 2011, the applicant told me that she was pregnant and I told her in no uncertain terms that I was unable and unwilling to marry her,” he said. The PM said Ms Karimatsenga requested him to dignify her by taking responsibility for the pregnancy.

He then sent some representatives to conduct the appropriate customary ritual before the Karimatsenga family members.

During the court proceedings yesterday Mr Samukange on behalf of Ms Karimatsenga unsuccessfully sought to produce a video clip of the alleged lobola ceremony before the court heard the preliminary points.

ZAPU broke and operating from the streets