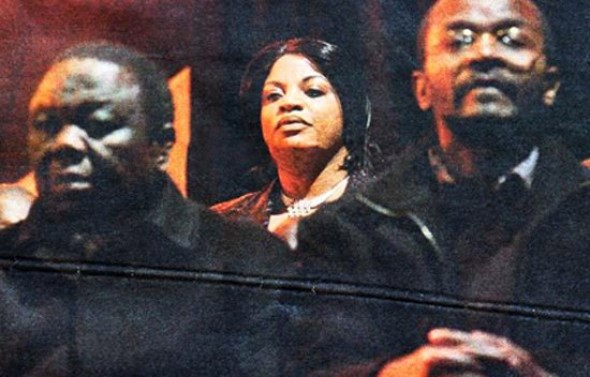 Locadia Karimatsenga Tembo, a Harare woman dumped by Prime Minister Morgan Tsvangirai last year, is now claiming US$15 000 a month in maintenance,  a week before the MDC leader’s wedding to businesswoman Elizabeth Macheka.

Locadia filed her claim on Wednesday and wants wants the PM to contribute towards her upkeep and accessories, she claims she is now accustomed to. In her claim, Karimatsenga says she is customarily married to PM Tsvangirai after the latter paid lobola to her parents.

The marriage took place in November last year. “The respondent (PM) is my husband. He married me on the 21st of November 2011 and has been supporting me until I was discharged from hospital in South Africa.

“The respondent proposed to marry me in September 2011. I accepted the proposal and he then made arrangements to meet my parents and to pay lobola in terms of the African customary tradition,” she said.

Karimatsenga said after the PM paid lobola, he requested permission for her to stay with him, which was granted. “He also requested for permission to have a white wedding, which was also granted . . . and satisfied the requirements laid down by my parents,” she said.

In terms of the African custom, Karimatsenga claimed, she was sent to PM Tsvangirai’s village in Buhera where she stayed with his mother for about two months. PM Tsvangirai, she claimed, later requested her to rejoin him in Harare after he had found accommodation.

“I moved to the house and there was a double bed only. He gave me money to buy all the household goods, which ran into thousands of dollars.

“By that time, I was already pregnant and we lived together for a couple of months until I was seven-and-a-half months pregnant. I had problems with my hypertension, which was very high.

“Respondent advised me to get the best medical attention and sent me to Johannesburg, South Africa, where I was attended to by specialists. Unfortunately, I had a miscarriage. Respondent had been paying all medical bills,” she said.

Karimatsenga said after being discharged from hospital, she never saw PM Tsvangirai up to now.

“I can only assume that he is blaming me for the miscarriage. I say so because respondent has not spoken to me since then,” she said.

Karimatsenga further claimed that when she recovered, she returned home only to find that the matrimonial home they were leasing was locked up and all the furniture had been removed.

She was unable to contact PM Tsvangirai and as a result approached his uncle who had been representing him during the marriage negotiations. The PM then promised to talk to her.

She said she stayed with Mr Tsvangirai’s uncle for four days before she went back for medical review in South Africa.

“Upon my return, I consulted with my lawyers and advised them that the respondent was not maintaining me despite the fact that since last year he had been maintaining me prior to the marriage.

“I looked to him for financial support for the past year. Respondent, as my husband, has a responsibility to maintain me,” she said.

Karimatsenga said she was used to a high standard of living, which PM Tsvangirai had introduced into her life.

“The respondent is in a position to pay maintenance for my upkeep in the sum of US$15 000 per month. The respondent is the Prime Minister of Zimbabwe and is handsomely paid. He also has means of the income.”

Karimatsenga was forced to take the PM to court after he ignored letters to settle the matter out of court.

PM Tsvangirai’s wedding to Ms Macheka will take place next week at Rain Tree in Umwinsidale, Harare, three years after he lost his wife, Susan, in a horrific accident in March 2009.

Since the death of his wife, PM Tsvangirai had been linked to several women before he decided to settle for Ms Macheka. Mr Tsvangirai terminated his marriage to Karimatsenga after 12 days, claiming it had been hijacked by the media and intelligence agents.