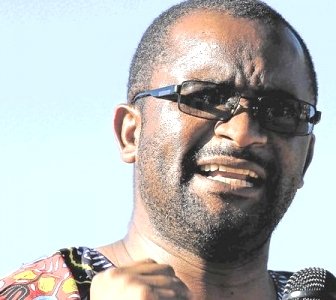 Given the heated debate over the draft constitution produced by the three parties in the coalition government, COPAC co-chair Douglas Mwonzora (MDC-T) defends his party’s position on the draft.

In Part 2 of this interview with SW Radio Africa journalist Lance Guma he responds to accusations that they sold out on some of the concessions they made to ZANU PF, for example, presidential powers, dual citizenship, devolution and the diaspora vote.

Lance Guma: Good evening and thank you for joining me once again on Question Time. This is Part Two of our continuing discussion with Douglas Mwonzora, one of the co-chairs of the Constitutional Select Committee that came up with the draft constitution that is currently of course the subject of heated debate.

Some quarters believe the draft constitution ignores the fact that Zimbabweans in the outreach exercise, said they wanted a president without executive powers.

Blessing Vava from the National Constitutional Assembly said for example – it is clear that the president is still the head of state, head of government and commander-in-chief of the defence forces, he is still not liable to any criminal court procedure for crimes committed in office and he’s still the one appointing and dismissing key public figures in government.

Douglas Mwonzora: Well firstly you, that question is from a very, very biased quarter. It is from the National Constitutional Assembly who said they were going to vote no even before the constitution was written so they are searching for reasons to dismiss the constitution but let me do justice to the question raised by Blessing.

Obviously he has not read the constitution, that is very, very clear because under this constitution we have a president who has got executive power but this president is an accountable president.

That is what the data said. The data does not say a titular president and it is not sensible in a country like Zimbabwe to have a titular president so the constitution, the people said they wanted an executive president whose powers were checked and balanced. That’s what we sought to do.

Guma: Former diplomat Clifford Mashiri says – in view of the fact that Zanu PF would like to renegotiate extensively and if possible introduce new issues, the MDC formations should stop wasting time engaging in the blame game and seize the opportunity to amend their own mistakes which caused an outrage.

He argues that, and I quote – “behind closed doors, your members and civil society activists are angry at what they see as a betrayal on devolution, Gukurahundi, 2008 violence, land seizures without compensation, disenfranchisement of exiles and a vague reference to dual citizenship and many others.”

Mwonzora: Ah well again this is a manifestation of a person who has not read the constitution or if they have read it they have not understood it. Let me go to issue of citizenship: yes a constitution is about interpretation of course. The constitution makes it clear that only for citizens by birth, by descent or by registration can parliament limit the rights to dual citizenship. What does that mean?

Guma: But why be vague Mr Mwonzora? Why not clearly state that Zimbabwe permits dual citizenship; only in exceptions a, b, c, and make it very clear because you do know the history behind this contentious issue, people would have liked to see this spelt out clearly and not to imply it in a constitution.

This is exactly the same wording in the Namibian constitution, it’s nothing new so what is important is what it says. Then coming to the issue of devolution – again devolution is there in the constitution. There’s a provincial government, there is a governor who comes from the party with the majority of the seats in the region.

Now when our people talked about wanting devolution they did not talk about the modules so the module that we put is the module that was acceptable to everyone but the most important thing is that devolution is there. Now let me come to the issue of the negotiation – that we should re-open and so on. No the MDC can’t do that.

The MDC respects two fundamental issues: the first one is that it respects the will of the people of Zimbabwe which can be against its own philosophy. The second one is that it respects the negotiation that it entered in good faith. Now we made concessions, we entered into this negotiation in good faith and where we gave our word we cannot go back behind our own word and say we have thought better, we want to change the stance and so on.

No we can’t do that because we were negotiating in good faith and we cannot negotiate in good faith twice. We have explained to our membership in the MDC that is why our national executive blessed the document.

Our national council blessed the document because what they see is that it provides incremental gain in the democratization of Zimbabwe. It is not a perfect document but it is a document that is the best document so far since 1896 and they want to take advantage of what it provides.

Guma: As the MDC, are there clauses in this draft constitution that you accepted grudgingly? Are there clauses that you would point out and say we were not happy with this but we just conceded because this is what our partners wanted?

Guma: On Face Book, probably our last question Audrey Charova Perazim on Face Book says if this new constitution is approved and the MDC wins the election next year are there any plans to change the provisions that currently allow political violence perpetrators to get off scot-free? And additional questions from other people who say they were not happy with the way you dealt with the issues of Gukurahundi and the 2008 political violence.

The Zimbabwe Human Rights Commission Bill which was passed in parliament has a cut off date and therefore limits the investigation of human rights only to periods after 2009, February 2009.

But if you read the constitution draft, it provides for a Human Rights Commission that investigates human rights abuses; it does not have a cut-off date in the constitution. Therefore, issues that they are talking about are dealt with. Then the other important thing is that there is the Truth, sorry there is the Peace and Reconciliation Commission whose functions include to ensure post-conflict justice.

Now all that deals with the areas that my sister Audrey is worried about. So I encourage Zimbabweans to read this constitution and really understand it because there is clear evidence of people who are not reading it and so on, so all those areas are dealt with.

But what you do, is you provide generic definition, generic term like ‘conflict’ because Gukurahundi was a conflict and so on and then you also provide that those conflicts will be investigated and there shall be post-conflict justice. All that has been taken care of.

Guma: Well Zimbabwe that’s one of the co-chairs of the Constitutional Parliamentary Select Committee, he is also the member of parliament for Nyanga North and also spokesperson for the MDC led by Prime Minister Morgan Tsvangirai, that’s Douglas Mwonzora joining us on Question Time. Mr Mwonzora that you so much for your time.

You can listen to the interview here:

If you would like to participate in this programme you can send your questions in advance of advertised interviews using Facebook, Twitter or Skype by typing LanceGuma, on e-mail lance@swradioafrica.com and in Zimbabwe you can text +263 772643871.