The MDC reasserts that it is still the most popular party within Zimbabwe. That it has had a positive impact on the lives of the people of Zimbabwe since it formed the Inclusive Government can never be doubted. 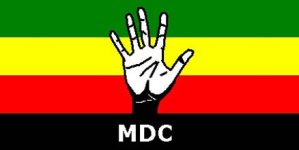 The party respects the right of individuals and institutions to carry out opinion surveys on the views of the people of Zimbabwe from time to time. However, we note that surveys carried out under current conditions are difficult to rely on due to the fact that they are held under conditions of major fluidity.

We have read with interest the report by the Freedom House on its research on the public opinion of the people of Zimbabwe.

Given the margin of terror acknowledged in the report it is difficult to rely entirely on this report to gauge the opinion of the people of Zimbabwe on their political choices. We note that a lot of people interviewed refused to disclose their political preferences.

This is obviously for fear of intimidation and the violence they have been subjected to by Zanu PF and its military junta. This margin of terror fundamentally impugns the conclusion that can be derived from this report.

MDC accuses Zanu PF of being “sellouts” for…

The report is allegedly based on the sample of 1198 drawn from rural and urban areas with the majority being from rural areas. Regrettably the report does not distinguish between people in communal lands and people who were settled on commercial farms.

It is a known fact that during the land reform program Zanu PF parceled out agricultural land only to its supporters. Therefore most people in the resettlement areas are Zanu PF supporters. Without making that crucial distinction it is difficult to rely on information that may have been gathered in predominantly Zanu PF areas to gauge the support of other political parties.

Although most rural areas do not have reception for ZBC radio and largely rely on SW Radio Africa, Radio VOP and Studio 7 for news, the report suggests that the majority of Zimbabweans listen to ZBC radio. However conditions on the ground shows that even Zanu PF has now turned to studio 7 as evidenced by the incessant use of this radio by the Zanu PF officials especially its spokespersons.

It is an undeniable fact that most rural dwellers have no access to television whilst most urban dwellers have resorted to DSTV. A cursory glance at the Mbare hostels alone would just show the number of satellite dishes populating the flats. This is clear testimony of the unpopularity of the ZBC TV.

It is therefore difficult to accept the assertion in the report that the ZBC TV as the most popular television channel for Zimbabweans.

Zimbabweans generally regard the Herald as the propaganda mouthpiece of Zanu PF that is largely unreliable. However, the report portrays the Herald as the most popular newspaper on the land. This is difficult to accept.

We respectfully do not accept the conclusion that Zimbabweans have suddenly developed more confidence and trust in the army, police and in the Central Intelligence Organisation.

It is a well known fact that very few Zimbabweans including those in Zanu PF thrust the securocrats in general an the CIO in particular.

Given the level of injustice, partisanship and corruption in our judiciary system it is difficult to accept that Zimbabweans have suddenly developed trust in the Zimbabwean courts.

Again, given the level of selective application of the law, partisanship and unprofessionalism on the part of the Attorney General, we respectfully disagree with the assertion that the people of Zimbabwe have suddenly developed deep trust for the Attorney General.

The report correctly finds out that Zimbabweans have been subjected to intimidation and violence. However the report does not acknowledge the effect of this intimidation and violence on the way the people responded to the questions put to them by the researchers. It is important to note that a large number of Zimbabweans interviewed by the researchers refused to disclose their political affiliation. This is clear evidence of the level of intimidation they have been subjected to.

While professional people may have carried out this research, the conditions under which the research was carried were not conducive for Zimbabweans to freely express their political preferences.

However, regarding those issues to which Zimbabweans could respond without disclosing their political affiliation or attracting the wrath of the securocrats, the report correctly captured their sentiments.

Murambadoro runs out of Energy, offloaded by Wits