Zifa have to put their house in order: Gumbo 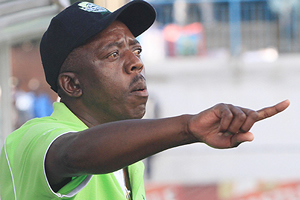 There might be some three weeks before the Warriors battle the Negras Palancas for a place at the 2013 Nations Cup finals but clearly it’s the Angolans who are doing the right things for football to flourish for them to reap the benefits.

It’s the biggest showdown between Zimbabwe and Angola since their last meeting, seven years ago, in the 2006 World Cup/Nations Cup qualifiers.

And, with just three weeks before the Warriors and the Negras Palancas battle in a winner-take-all showdown for the right to play in South Africa, it’s our opponents who are doing the right things and setting the stage for a possible success story.

DeMbare decided to hike their gate entry charges to US$5 for the cheapest ticket for that game and that had a huge effect on the attendance and the Glamour Boys did not get the big and noisy crowd they wanted to intimidate the visitors who felt at home at Rufaro.

In contrast, Interclube officials opened the gates, giving fans free passage into their stadium, and this created a cauldron that the Angolan side needed and they were repaid with a 1-0 win. Then, last weekend, the Zimbabwe Under-20 team failed to travel to Angola for an African Youth Championship qualifier against the hosts, having lost the home leg 0-1.

The Young Warriors’ elimination and the possible sanctions expected to follow, including a hefty fine and ban, became the second big blow, in a space of few weeks, inflicted by the Angolans on Zimbabwe football.

On Wednesday, the Angolans went even one better when they organised an international friendly match, featuring the players they hope to use against the Warriors next month in Benguela.

And they just didn’t pick any opponents, to show how methodical they are in their preparations, but they chose Mozambique, the last team to play the Warriors in a competitive match. The Angolans also opened the gates to give the fans free passage, to watch that friendly and create the atmosphere they expect on match day against the Warriors.

In contrast, the Warriors were stuck at their foreign bases because Zifa had not organised a friendly international on a day set aside by Fifa for such an assignment. Zifa board member Benedict Moyo claimed yesterday that they were deceived by a circular from Caf saying clubs were not obliged to release players for this friendly date.

Fifa generated that advisory because the friendly date came just days after the Olympics but this wasn’t meant to stop national associations, especially those countries whose teams were not at the Olympics, from organising friendly matches.

And that is the reason why the Angolans successfully arranged their friendly international. You can only feel sorry for Warriors’ coach, Rahman Gumbo, and yesterday he told The Herald that he would have loved to assess his mainstream players in a competitive game on Wednesday.

Gumbo has so far been forced to assess home-based players, the majority of whom he will not use against Angola, in friendly matches in Botswana and Zambia. While we missed the Wednesday friendly date, the Zambians raised their first team and were in South Korea for a competitive assignment.

“I think someone from Zifa made a blunder,” said Rahman yesterday. “We would have wanted to assess our players but all the planning it is up to Zifa. They are the mother body and they give us the greenlight. We don’t want to continue putting the blame on each other and we have to be united ahead of the game. But Zifa have to put their house in order.”

By choosing Mozambique as their sparring partner, it’s clear the Angolans settled on an opponent who would help them exchange notes about how the Warriors play, given our last competitive assignment was against the Mambas. Gumbo acknowledged that the Angolans had a clear game plan and were focused on the big assignment against the Warriors.

“They are doing their homework, which we must be doing as well. I will be getting the video of the Wednesday match tomorrow (today) and will watch the match and start planning,” said Rahman.

While the Warriors were sleeping, former champions Egypt, who are in our World Cup qualifying group, were inactive on Wednesday even though they don’t have a competitive match next month. The Pharaohs were eliminated from the 2013 Nations Cup qualifiers by the Central African Republic but even though their next competitive assignment is in March next year — seven months away — they still saw the value in organising a friendly match on Wednesday.

The Pharaohs were away in Oman and drew 1-1.

African best ranked team, the Elephants of Cote d’Ivoire, have the best galaxy of stars on the continent but they still played a friendly international on Wednesday against Russia, drawing 1-1 in Moscow. Didier Drogba was summoned from his new base in China to play in the match in Moscow. The Herald