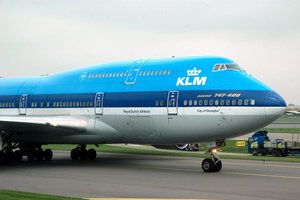 KLM Royal Dutch Airlines is set to resume services to Harare on October 29 using an Airbus A330-200, flying three times a week from Amsterdam’s Schiphol Airport to Harare.

According to KLM, which last flew into Harare in 1999, Flight KL523 will operate on Mondays, Thursdays and Saturdays, departing from Schiphol at 10.20am and arriving in Harare on the same day at 9.25 pm.

The return leg has the same number, KL523, leaving Harare at10.30pm the same day, with an intermediate landing in Lusaka. The flight arrives in Amsterdam the following morning at 10.20am. The Harare route will be served in combination with Lusaka, Zambia.

KLM will also offer 11 weekly services to Harare via Nairobi in co-operation with Kenya Airways, which is undergoing rapid development in terms of fleet expansion and new destinations.

KLM managing director and executive vice-president of Air France KLM International and the Netherlands Mr Erik Varwijk said that the move was part of the airline’s efforts to strengthen its business in Africa.

“KLM sees great growth opportunities in Africa,” he said. “This year, we launched service to Luanda in Angola and Lusaka in Zambia, and in 2011 we began serving Kigali in Rwanda. This new addition to our network strengthens our position in Africa.”

KLM was founded in 1919, making it the world’s oldest airline operating under its original name. KLM serves 135 destinations, using a modern fleet of 157 aircraft and employs over 33 000 people around the world.

KLM is a leader in the airline industry, which offers reliable operations and customer-oriented products resulting from its policy of enthusiasm and sustainable innovation.

The announcement by KLM comes at a time when there is renewed interest in Zimbabwe and Harare as a destination due to the political and economic stability brought about by the signing of the Global Political Agreement and adoption of the multi-currency system in 2008 and 2009 respectively.

As a result, airlines that used to fly into the country and new airlines have been making inquiries to introduce flights into Zimbabwe. In February, Dubai-based Emirates introduced flights between Dubai and Harare via Lusaka, Zambia, five times a week.

The airline recently announced that it would be increasing the flight frequency to daily, starting on October 1. Air Namibia resumed flights into Harare in May, almost 13 years after it suspended service. The airline is operating flights between Harare and Windhoek, using a 37-seater twinjet Embraer ERJ-135 aircraft.

Transport, Communication and Infrastructure Development Minister Nicholas Goche told the media in February that his ministry had received inquiries from a number of leading airlines, such as Qatar and Hong Kong Airlines. Air France, Austrian Airlines, Egypt Air, Swiss Air, Bulgarian Airlines, Qantas and Lufthansa have also expressed interest in flying to Zimbabwe.

Dynamos, CAPS United tie will have to wait