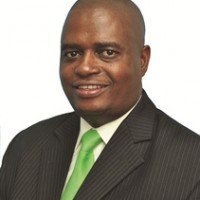 The ruling by the Supreme Court last week specifically ordering the holding of by-elections in the three vacant constituencies, namely Bulilima East, Nkayi South and Lupane East — and by extension other areas as well — has provoked a heated debate and lots of interesting dimensions to the public political discourse.

While interpretations of the judgment and its implications may differ, the facts are well-detailed and explained in the ruling itself. The judges of the highest court in the land ruled in black and white that the President (Robert Mugabe) should gazette dates for by-elections in the said three constituencies by August 30 2012.

Although the ruling relates specifically to the three constituencies which were subject to court action, the law is clear that there should be by-elections within 90 days should a vacancy arise with regards to the parliamentary constituencies. There are now 31 vacant positions in both the House of Assembly and Senate, some which became unoccupied before those three constituencies referred to in the ruling.

The judgment is as clear as an azure sky of deepest summer and needs no further explanation. The issue of not having resources does not arise, as what is important is to ensure that the country upholds the rule of law which takes precedence.

The government just has to find money somewhere to ensure that the country maintains the rule of law as required by the constitution and underscored by the court ruling. It is however the political implications of the judgment which are subject to scrutiny by various political players and the public.

This is to be expected as the judgment touches a raw nerve — the issue of elections.

Polls are always the climax of political and electoral processes and they create high levels of excitement. It is therefore not surprising the ruling brought back the debate on whether the country should hold general elections this year or should stick to the recommendations of the recent Sadc Luanda summit.

The summit recommended that parties conclude reforms before elections and acknowledged that the lifespan of this government of national unity (GNU) only expires in June 2013.

However, the usual suspects in Zanu PF, who were stopped in their tracks by Sadc leaders in Luanda recently, are trying to create confusion and struggling to revive their collapsing plans to hold elections this year, which were left in disarray by regional leaders, under the by-elections pretext.

Their views and agenda is filtering into the public space through such manifestations as the Herald’s Nathaniel Manheru column — believed to be written by Mugabe’s spokesperson, George Charamba, under the cover of a pseudonym — which for a long time has been used as a faceless platform to communicate the views of a Zanu PF cabal dominated by hardliners.

There is no argument against holding of by-elections; they certainly have to be held as declared by the Supreme Court but this should not be used to push for early general elections.

While it is possible that by-elections may change the composition of parliament given their number, it must be clearly explained this is very unlikely because of the Global Political Agreement (GPA), which puts a moratorium of the three parties — Zanu PF and the two MDC formations—from contesting each other for the duration of the agreement and coalition government itself.

Initially, the moratorium for GPA parties not to contest each other in any of the constituencies where by-elections would have arisen was expected to last for a year. However, at the Maputo Sadc Troika summit in November 2009, the moratorium was extended by regional leaders and principals to cover the entire lifespan of the GNU.

If the parties in the GNU are serious and sincere about the GPA, then they should all honour their commitments — for indeed that is what Sadc said in Luanda recently and will almost certainly say during its annual summit next month.

GPA parties must also be sincere enough not to use shenanigans to support independent candidates clandestinely with the aim of violating the moratorium and the letter and spirit of the GPA for self-serving political ends.

This is a very important point as it directly touches on the three litigants themselves.

Because the three are active members of one of the parties in the GPA, they cannot break the rules and seek to contest as independents. From a principled point of view and in the spirit of the GPA, the party that was holding that seat should be the one allowed to field and contest with other parties outside the government or independent candidates as it were.

This is not subverting democracy, but is actually designed to promote the same by avoiding triggering a climate of fear while creating an environment for free and fair elections in which all parties could run without being frightened by political violence and intimidation.

The idea behind this is to promote democracy in the long-run. Holding elections such as those in June 2008 and before does not help the cause of democracy.

As much as the MDC led by Welshman Ncube would have loved to contest, for instance, in the other vacant constituencies, it cannot do so given that it is bound by the terms of the GPA and the moratorium on by-lections.

This is not to say the Ncube-led MDC is afraid of squaring up with the three litigants, it has always been ready to take them on in any election, anytime and wherever, but the party is insisting on upholding and implementing the GPA which parties signed willingly and hopefully in good faith.

Zimbabweans need to be serious about national agreements and commitments if the country is to move forward. The best approach by the coalition partners with regards to this issue is to ensure that they put national interest above parochial agendas.

If the GNU partners were to fight each other in the by-elections, it will take off the critical players from the processes of crafting a roadmap to free and fair elections as they would have become participants in a dog-eat-dog affair. It would not benefit the nation to destabilise the GPA by creating an election mood that suspends and replaces the spirit of co-operation with the spirit of rivalry and acrimony.

General elections should be held only after key political reforms, which include the completion of the constitution-making process that should, among many other things, enshrine devolution of power, the de-politicisation of the state security organs, opening up of public media space, in particular the electronic media, reforming the electoral framework and laws, strengthening of independent commissions and the affirmation of their independence through proper legislation and resource allocation, have been adopted.

Thereafter the country can go for general elections constitutionally due in June next year. The Supreme Court ruling must not be used by political opportunists and Fifth columnists trying to subvert democracy to push for ill-planned and chaotic general elections this year.

Mujuru to take over if Mugabe dies in office