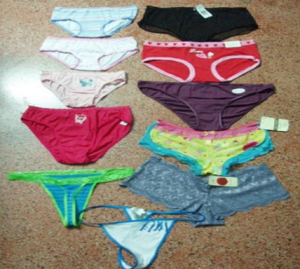 A TRADITIONAL healer from Gokwe South has called an emergency meeting with his subjects following a bizarre incident in which 26 females including schoolgirls in his area woke up and found themselves without underwear.

The missing panties were later discovered this week in Njelele Village under Chief Njelele, spreading panic among the villagers. Chief Njelele confirmed the incident and said he had since reported the matter to Gokwe Police Station. The traditional leader said he had also called for an emergency meeting to chart the way forward with his subjects.

“What happened in my area is so scary and everyone is in a state of shock and panic. I have called for a meeting with my subjects in the two villages where the incident occurred and I am scheduled to meet them so that we chart the way forward,” he said.

Chief Njelele said on Wednesday morning last week, the majority of women under village heads Pauro and Charisekera woke up and found themselves without underwear. The traditional leader said the owners from the two villages had positively identified their panties.

“After we reported the matter to the police at Gokwe Police Station, 17 women from Pauro and Charisekera who mysteriously lost their panties positively identified their garments in the presence of the police. The remaining panties have not been identified maybe because of their state.

Healer charged with raping 2 women who blacked out from…

Police, however, recorded 26 complaints from the village which tallies with the number of panties which were found in the bush,” he said. Chief Njelele said he would soon engage the police to allow him to conduct a witch- hunting ceremony following the incident.

“While we have reported the matter to the police so that they conduct their investigations, I will also ask the police to allow us to invite the tsikamutandas so that we can conduct a witch-hunting ceremony,” he said.

“Many subjects in my area are not against the tsikamutandas’ operations. What they want these traditional healers to do is to identify the trouble causer in the community and then allow the chief to convict and fine these trouble causers instead of themselves going around demanding cattle from the people they would have accused of practising witchcraft.”

Police in Gokwe confirmed the incident.

Zimbabwe sanctions have served no purpose