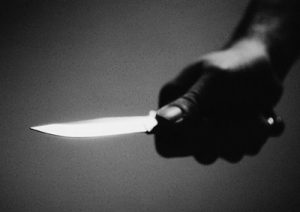 According to her neighbors, trouble started after Brenda Mazani was confronted by her parents after they had noticed her ever bulging stomach and then confronted her.

The latter and his parents refused to accept her and in a fit of rage she picked a knife and stabbed the boyfriend together with his mother and brother,’ said a close source which added that the matter was not reported to the police.

The source says Mazani and her family then went back to their house and when her parents later tried to quiz her on why she had embarrassed them by assaulting someone whom she had claimed to be responsible for her pregnancy, she became violent again and stabbed her father resulting in him being taken to a local clinic where he was treated and discharged.

The matter was reported at Dzivarasekwa Police Station and Mazani was briefly arrested and released without charge after her parents reportedly pleaded with the police for leniency.

When contacted for comment, Mazani refused to speak to Talking Harare saying the matter was a family issue that has already been dealt with. Talking Harare

Funny, we thought it was about human rights

Much ado about nothing – Zimbabwe Vigil Diary