A cold welcome for Maneta in Bulawayo 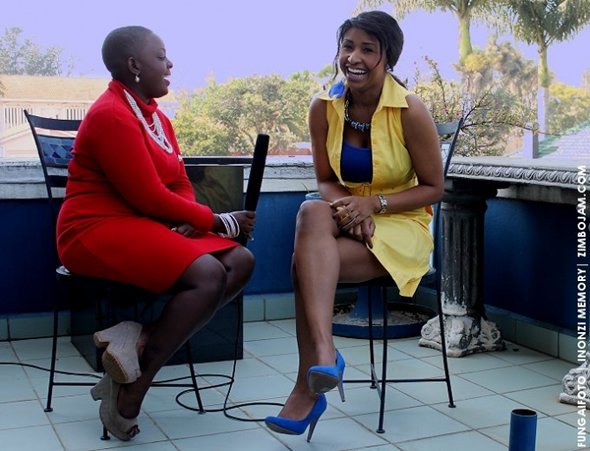 Bulawayo held a welcome party for Maneta  Mazanhi last Saturday but the welcome was not warm.

Revellers thronged the Jock and Saddle but many said they were not interested in meeting Maneta who had disgraced her country with her behaviour in the Big Brother House.

In separate interviews revellers said they had heard of Maneta’s party but were not interested in meeting her.

“Whether Maneta is here or not is neither here nor there we are here to have fun like most weekends. She can sit in the VIP section and we shall be here drinking and partying the night away,” said Anthony Moyo from Hillside.

He said both Roki and Maneta should be ashamed of their actions as they painted a bad picture of Zimbabwe.

“How can a grown man like Roki be rumour mill and tittle-tattle on a young woman, seriously? Roki should have been ashamed of himself. His tactics to win the game were disgusting and I wonder why everyone is hero worshipping a gossiper,” said Moyo.

Another reveller Michelle Pritchard said Maneta was an embarrassment to the Bulawayo community and her presence at the party was a non event.

“I am not moved a bit with her presence, honestly she has not achieved anything and she is only known for riotous behaviour and being a foul mouth like her compatriot Roki. I am just here to celebrate my cousin’s birthday,” she said.

Her friend who only identified himself as Fitzgerald said he only heard that there was a party for Maneta and asked who she was.

Maneta arrived at the party clad in a black dress and pink high heeled shoes at about 1am and went straight to the VIP section. The VIP section that had white couches and a matching carpet had a glass table that had champagne, whisky, ciders and wines.

She and her entourage were accompanied there by Babongile Sikhonjwa, the head of Ballers League. In an interview during the party Maneta said she arrived in Bulawayo on Friday from Harare and she was also in the city to register for her degree programme.

She said she was misunderstood about lambasting Zimbabwe Revenue Authority (Zimra) when she said it was a corrupt organisation.

“All organisations have corrupt people and those few are the bad apples in these organisations. My comments were taken out of context, I never attacked Zimra. I only used it as a reference,” said Maneta.

She said she was going back to Harare to sort out things for projects she was not at liberty to divulge to the media. Maneta said Roki was the troublemaker and when he poured water on her on the fateful day of the disqualification he had got on her last nerve.

“He (Roki) had been doing it (pouring water) since morning and as you know everyone has a breaking point and that day I had had enough of Roki,” said Maneta. She said when she left the house she hurled obscenities at other housemates because she was highly emotional.

“It was an expression of emotion and nothing else. At the end of the day we are both to blame for our disqualification,” said Maneta. She said people should not judge by what they saw in the show as she was playing a game, but they had a right to their opinion.

“People should not be quick to judge me, I was just playing the game. The comments on social networks were just people expressing their opinions that they are entitled to,” said Maneta. She thanked all who came to welcome her back home. The Chronicle

Zimbabwe army ‘generals have no support’