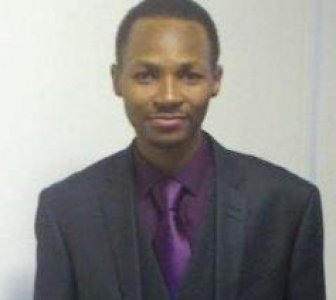 Concern has once again been raised for the safety of a UK based Zimbabwean activist, facing a second deportation threat by the British authorities this week.

Nottingham based Trevor Chanetsa is set to be forcibly removed Wednesday night on a Kenya Airways flight from London’s Heathrow Airport. He insists that as an activist who openly opposes ZANU PF he faces serious danger if he is returned to Zimbabwe.

Chanetsa arrived in the UK in 2002 and has been trying to secure asylum ever since. In May this year he was arrested during his routine reporting as an asylum seeker to the UK Border Agency and detained for two weeks. He only escaped deportation following the last minute intervention by his solicitors.

One-way ticket to Rwanda for some UK asylum seekers

14 UK deportees arrive in Zimbabwe, taken to ZIPAM for 10…

Chanetsa told SW Radio Africa last month that he believed he was being deliberately targeted because his Zimbabwean passport was about to expire. He accused the UK authorities of fast tracking his case deliberately, to ensure his deportation before his passport expired.

One of Trevor’s supporters is Regis Manyanya, from the Nottingham Zimbabwean Community Network. Manyanya told SW Radio Africa on Tuesday that this “victimisation” is now continuing.

“This is victimisation because it is not safe to return to Zimbabwe especially towards forth coming elections. The British government talks about human rights and equal rights and condemnation of violence so why do they want to deport this young man who will obviously be targeted on his return to Zimbabwe as he is an activist and strong member of the MDC party,” Manyanya said.

He added that the authorities are fast tracking Chanetsa’s case because of a key legal development late last month, which saw the latest country guidance case laws on Zimbabwe overturned. The laws, set down in a judgement last year, significantly narrowed the definitions under which Zimbabweans could apply for asylum in the UK.

That case was quashed last month in what was described as a ‘victory’ for Zim asylum seekers. But it is understood the decision is being appealed, and Manyanya said Tuesday that Chanetsa is being targeted because of this.

“The case has an impact on Trevor’s asylum case so it appears that they (the UK authorities) are trying to deport him as soon as possible while the country guidance issue is being appealed,” Manyanya said.

The public is now being urged to try and delay Chanetsa’s Kenya Airways flight, by urging the airline not to take part in the unwilling, forced removal of a human rights activist. SW Radio Africa

Daughter (26) strips in front of dad

One-way ticket to Rwanda for some UK asylum seekers