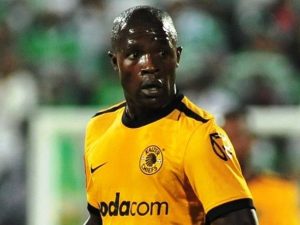 Johannesburg. — Kaizer Chiefs and Tinashe Nengomasha will go their separate ways when the player’s contract expires on Saturday. Nengomasha signed for Amakhosi in 2002 and has gone on to make 324 appearances as a Glamour Boy.

Kaizer Motaung has paid tribute on the club’s website saying the Zimbabwean was dependable from day one. “I would like to take this opportunity on behalf of the club to thank Tinashe Nengomasha for the contribution he has made to the club since joining us as a youngster back in 2002.

“From the first day he came to the club he was someone you knew you could trust and would never let you down on the pitch. He always carried himself as a professional and his dedication on the pitch was second to none. He was a fighter and earned respect not only from his teammates but his peers in the Premier League and fans alike.

“Parting ways is not always easy but all good things do come to an end. Change alone always comes with mixed feelings, but we are very confident that Tinashe will succeed wherever he goes to continue with his career.

He was a great servant for the club and we will forever cherish the years he spent with us and we would like to wish him all the best in his new endeavours,” Motaung said.

Nengomasha thanked the multitude of Chiefs fans who supported him throughout his stay at the club “I am grateful to the club and the management for giving me an opportunity to come here. I would also like to thank the fans in the manner in which they welcomed me to the club.

“I will always have good memories of the time I have spent at Naturena. We fought so many battles together and the fans were always behind the club. I cannot single out any moment as the highlight during my 11 year stay with the club. I enjoyed each and every minute I put that Kaizer Chiefs jersey on, coming to training and meeting the fans on the streets.

“I would like to wish the club all the best in the new season. I wish the new players well and at the end, I know they will take the club back to where it belongs . . . all the best to each and every one and thank you for the wonderful memories,” he said — Kick Off.Com.