All set for ‘Tuku’s Last Gig’ in Zimbabwe 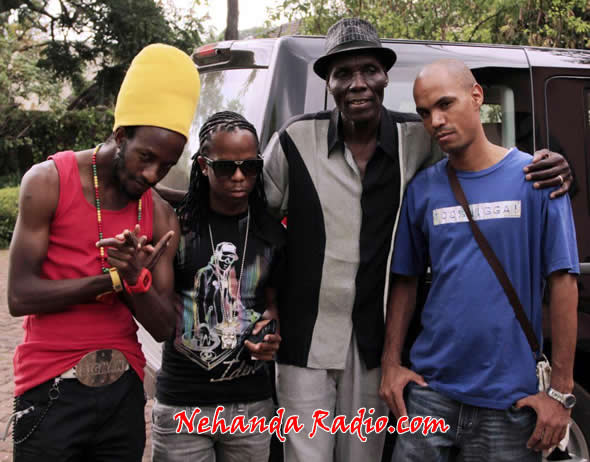 One of Zimbabwe’s top musicians, Oliver Mtukudzi, will hold his farewell gig at the Harare International Conference Centre this weekend in a show dubbed “Tuku’s Last Gig”.

The superstar will share the stage with youthful but talented artistes Suluman Chimbetu, Jah Prayzah and Diana Samkange at the gig, which will see him taking a two-month break from local shows. Just after his weekend show, Tuku will embark on an international show that will take him to the United Kingdom and the United States.

He will only resume local shows on September 21 with a birthday bash slated for Pakare Paye Arts Centre in Norton. The musician turns 60 on September 22. Last Friday Tuku unveiled his musical “Masanga Bodo” at the 7 Arts Theatre which featured his wife Daisy and 20 other artistes, among them EX Q and Pauline Gundidza.

But it is HICC gig that is likely to generate a lot of excitement among his legion of fans because the superstar is expected to dish out his best as he prepares for his European tour with Alick Macheso.

Organisers of the gig should be applauded for their decision to shift the show from original outdoor venue, City Sports Centre, to the HICC, which is warmer and better in terms of facilities for a night of fun.

Fresh from the premiere of his new musical, “Masanga Bodo”, Tuku will also use the show to impart his expertise to the young musicians he will be sharing the stage with and give them his blessings before his sojourn to the West.

Although the artistes have shared the stage with the grandmaster before, for Sulu and Jah Prayzah, rubbing shoulders with him is always a humbling experience for the youngsters, who look up to Tuku for guidance and inspiration.

For Sulu, his alliance with the granddad of music, has not only enhanced his profile, but also resulted in a great collaboration, where the duo did a hit song “Kwedu”, currently receiving heavy rotation at different platforms across the country and in the region.

The dendera crooner’s act has been getting better with each gig he stages, and has built a huge fans base over the years, with the help of his backing group the Orchestra Dendera Kings. During the gig, Sulu is expected to enthrall revellers with hit songs both from his own discography and that of his late father.

Jah Prayzah, on the other hand, has risen overnight to become one of the most sought-after performers in Zimbabwe at the moment, with his music that seems to appeal to all ages. The inclusion of Diana in the line-up will spice up the gig since she is famous for her love ballads like “Kumagumo Erudo” among others.

After the farewell gig, Tuku and Macheso will be in London and Leicester, United Kingdom, for joint shows to be held on July 6 and 7 respectively. From the UK, Tuku will proceed to Canada and the United States.