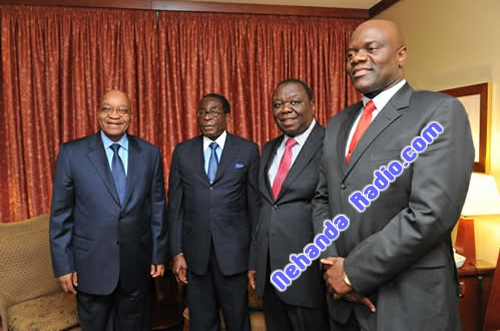 The SADC Troika on Peace, Defence and Security meeting that was scheduled for yesterday evening was deferred to today after its chairman President Jacob Zuma of South Africa failed to turn up.

The meeting was convened to discuss the political crisis in Zimbabwe and Madagascar. President Zuma reportedly delayed his departure for Angola due to commitments at home.

According to a draft programme released yesterday, the troika will now meet this morning before the official start of the extraordinary summit of Sadc heads of state and government in the afternoon.

Mugabe has repeatedly said he wants elections this year to end the fragile inclusive government while his opponents have demanded implementation of reforms first before fresh polls. They fear any election without reforms will see a repeat of the 2008 violence that killed over 200 MDC-T supporters and displaced thousands.

The SADC Council of Ministers was discussing the agenda of the extraordinary summit by late yesterday. In addition to the political crisis in Zimbabwe, the troika meeting is also expected to discuss the situation in Lesotho and the Democratic Republic of Congo.

The troika, which is chaired by President Zuma, also comprises leaders of Zambia and Mozambique. The troika then reports to the full Sadc summit.