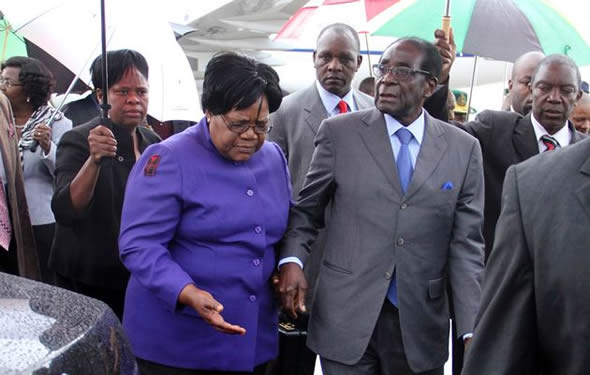 Robert Mugabe’s broken promises have been laid bare this week as Zimbabwe marks 32 years of Independence. Zimbabweans across the world on Wednesday commemorated the historic day when the country gained independence from white minority rule.

But no one could have predicted that 32 years later the country would still be craving independence from a murderous regime that has broken its promises to a nation hungry for change.

In 1980 Robert Mugabe delivered a moving speech on the eve of Zimbabwe’s independence, in which he promised a new, hopeful era. This speech has been re-released this week in time for the 32 year anniversary of the day and clearly shows how the ZANU PF regime has failed to fulfil its promises.

Back in April 1980, the then 56 year old Mugabe spoke about the “long, arduous and hazardous” march to Independence, making an unintentional prediction about the “death and suffering” Zimbabweans had and would still have to face for freedom.

“Our new nation requires of every one of us to be a new man, with a new mind, a new heart and a new spirit. Our new mind must have a new vision and our new hearts a new love that spurns hate, and a new spirit that must unite and not divide,” Mugabe said.

The future dictator went on to urge that all Zimbabweans embrace this new ethos towards a peaceful and successful nation, cemented in love and forgiveness. He held such forgiveness as a high priority, stating: “If yesterday I fought as an enemy, today you have become a friend and ally with the same national interest, loyalty, rights and duties as myself.”

“The wrongs of the past must now stand forgiven and forgotten,” Mugabe said, adding that “oppression and racism are inequities that must never again find scope in our political and social system.”

He continued: “Our majority rule could easily turn into inhuman rule if we oppressed, persecuted or harassed those who do not look or think like the majority of us.”

Mugabe must have forgotten his commitments to eradicate all forms of persecution, with ZANU PF unleashing years of oppression against its opposition. This persecution continues 32 years on, with opposition members and activists remaining the victims of partisan policing.

The regime would also proceed to take revenge on Zimbabwe’s white farming community, in a campaign of violence hidden behind a claim of agricultural ‘reform’.

In 1980, Mugabe also pledged that the new democracy would be defined by the rule of law, another promise that has been broken with years of ZANU PF law proving more powerful than national law.

“Democracy is never mob-rule. It is and should remain disciplined rule requiring compliance with the law and social rules,” Mugabe said in 1980. He also added that Zimbabwe’s independence “is not the right to negate the freedom of others to think and act as they desire.”

Political analyst Clifford Mashiri told SW Radio Africa that Mugabe’s broken promises have laid the foundation for an anniversary not worth celebrating, explaining that “Zimbabwe is in a deeper crisis than it has been.”

“All the rhetoric in his speech in 1980 gave way to looting, lying and revenge. The Gukurahundi massacre was soon executed. We had Murambatsvina, the revenge against white farmers, ongoing persecution. He broke all his promises,” Mashiri said. SW Radio Africa