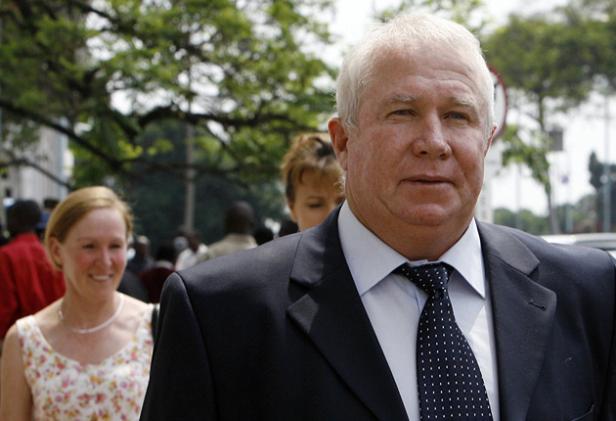 HARARE- Roy Bennett, the exiled treasurer –general of the Movement for Democratic Change (MDC-T) led by Prime Minister Morgan Tsvangirai believes his party is good at campaigning but it lacks the people who know how to run a government.

Bennett told the former United States ambassador to Zimbabwe Charles Ray about the MDC-T’s inability to deliver the goods to the people despite its strong ability to campaign in a diplomatic cable he dispatched to Washington in February 2010 but released last week by whistle blowing website, Wikileaks.

Bennett suggested the need for a leadership capacity building exercise. The former MP for Chimanimani said the MDC-T had been unfocused and described the Office of the Prime Minister as ‘weak’.

He said the party had been left largely unattended as party stalwarts such as Tendai Biti were occupied with government business. Bennett said the MDC-T, under Tsvangirai’s leadership had a tremendous amount of popularity throughout the country, in part due to Tsvangirai’s sincerity and humility, and in part due to Zanu (PF) arrogance and lack of concern for the common citizen.

Despite his praise of Tsvangirai, Bennett said the MDC-T lacked the capacity to effectively run a government. Ray in his commentary said: “Bennett is an MDC hardliner who has been frustrated with the MDC’s progress in the coalition government and in party building.”

While he was encouraged by the determination of the Standing Committee to take a more assertive approach vis-a-vis Zanu (PF), we have seen this scenario before. “Hardliners in the party convince Tsvangirai to be more assertive. He agrees, there is a flurry of activity, and then MDC-T falls back into the same dance with Zanu PF. We’ll see if this time is any different.”

Bennett said the MDC-T’s Standing Committee, consisting of the top 12 ranking officials, had just held a series of strategy sessions to address these thorny issues. He said the MDC-T concluded that Zanu PF would not allow it to effectively participate in government; it therefore resolved to focus its efforts on the party in order to build it and prepare for elections.

Bennett told Ray that while much of US and other Western support had focused on the party, there was a compelling need for institution building. He said apart from the MDC, Zanu-PF would be involved in a future Zimbabwe and the challenge was to identify those in Zanu-PF who can play constructive roles, and to find ways to bolster them against extremists in President Robert Mugabe’s party.

Ray said he was told by Bennett that while there were several civil society organizations in Zimbabwe, there was no mass civil consciousness that could act as a counterweight to Zanu (PF). Bennett told the former ambassador there was a compelling need to do more to build civil society.

He said they seemed to be lacking a sense of interconnectedness among all the various civil society groups. Bennett also discussed perceptions of MDC-T corruption. Radio VOP