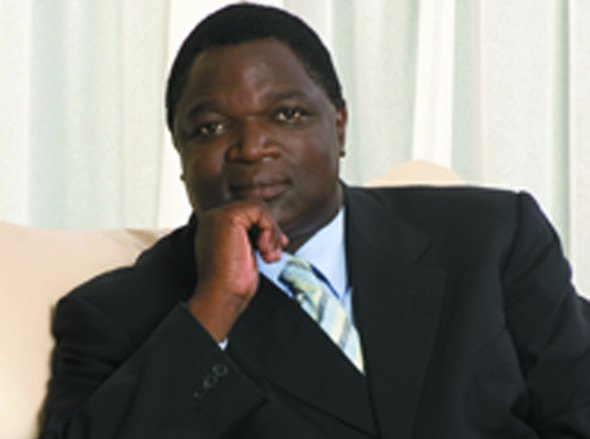 Savanhu, who lost to Piniel Denga of the MDC-T in 2008, told about 500 Zanu (PF) mourners at the burial of Jealous Makombe that whites had no role to play in Zimbabwean society.

“What is the so-called white MDC legislator, Iain Kay doing in the community? As Zanu (PF) we do not recognize him and his councillors as elected office bearers.

Zanu (PF) Peter Murwira is the legitimate MP for Marondera Central, not Kay. Please allow me and Chipangano Youth a week’s stay here and we would eliminate Kay without any problem. Down with all whites,” said Savanhu.

Members of the Mbare-based Zanu (PF) Chipangano Youth Movement attended the burial, wearing yellow berets and party regalia. They were accompanied by the Mbare Chimurenga Choir, which played Mugabe praise songs throughout the proceedings. Other mourners were bused in from across the province and Harare.

Despite his denials, Savanhu has long been suspected to be the Godfather behind the detested mafia-style youths who have terrorised Mbare residents for more than two years as the police stand by and watch. This is the first time he has publicly demonstrated his association with them.

He told mourners that President Robert Mugabe would stay in power for as long as he lived and that Libyan style mass revolution would not work in Zimbabwe.

“The Obama-supported Libyan revolution will never materialise here as Zanu (PF) would fight against such attempts to the bitter end. We would rather die together with President Robert Mugabe in defence of the Zanu (PF) administration than let the country fall to puppets of the west.

“We do not recognise Morgan Tsvangirai as Prime Minister. I would want to reiterate that whites should disappear from the political landscape”.

Savanhu’s hostile speech scared off a white Roman Catholic priest who had come to the cemetery to help bury a church member at a nearby grave. The priest was forced to retreat in fear of his life, as Savanhu spoke looking the white clergyman in the eyes.

Zanu (PF) has adopted a militant election mood and remains adamant that elections would be held before end of this year. Members of the national executive continue struggling to mobilise people to attend meetings. The Zimbabwean

Zanu PF cronies must pay up and shut up