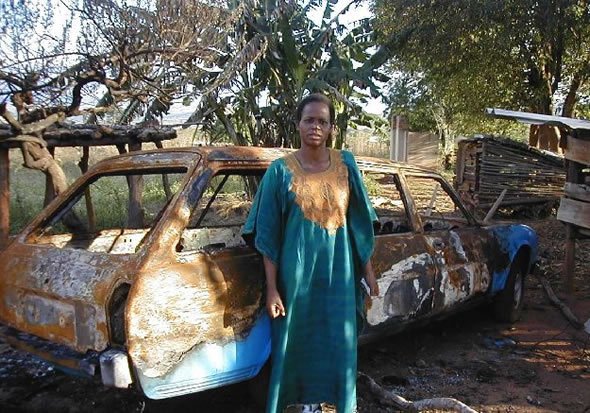 A MASVINGO magistrate has refused to solemnise Dzivaresekwa legislator Ms Evelyn Masaiti’s marriage to a 37-year-old Cameroonian amid reports the prospective groom failed to produce an original certificate of clearance from his home country that he is a bachelor.

The MDC-T legislator, who is a widow, had applied before Masvingo provincial magistrate Mr Jabulani Mzinyathi to marry Mr Ayina under Chapter 5:11 of the Marriages Act. However, Mr Mzinyathi blocked the marriage after ruling that Mr Ayina did not have original documents proving that he was not married back home.

Under Zimbabwean laws, a foreigner is allowed to marry a Zimbabwean woman after convincing authorities that he is not legally married in his home country. The Masvingo provincial magistrate ordered Mr Ayina to produce original documents showing his marital status and not scanned documents before he could be allowed to marry Ms Masaiti.

‘Consistency is key in struggle for democratic change…

Noting that the couple resided at Number 46 North Hampton Crescent, Eastlea, Harare, Mr Mzinyathi questioned the reason for travelling all the way from Harare to Masvingo to solemnise the marriage.

Sources at the Masvingo Civil Court yesterday said Ms Masaiti and her would-be husband left the court fuming and reportedly castigated Mr Mzinyathi for refusing to allow the marriage to take place.

Sources claimed the legislator was embarrassed to wed someone 10 years her junior hence the bid to secretly do so. Contacted for comment, Ms Masaiti dismissed the assertions saying she was not embarrassed about anything because she was marrying an adult who could consent to marriage to anyone of his choice.

She said she also did not feel bad that the magistrate had refused to solemnise her marriage to Mr Ayina.

“This is our country, which has its own laws. These laws are supposed to be followed by everybody and all he (magistrate) wanted was to ensure that we had fully complied with the laws of the country before solemnising our marriage,” she said.

“People must not politicise this issue because I have a political life and a social one. The two are not related,” she said. Amendments to the Marriages Act were made to curb marriages of convenience. Some foreigners who set up businesses in Zimbabwe end up marrying local women to get resident permits.— Herald Reporter/New Ziana

‘Consistency is key in struggle for democratic change in Africa’- Chamisa