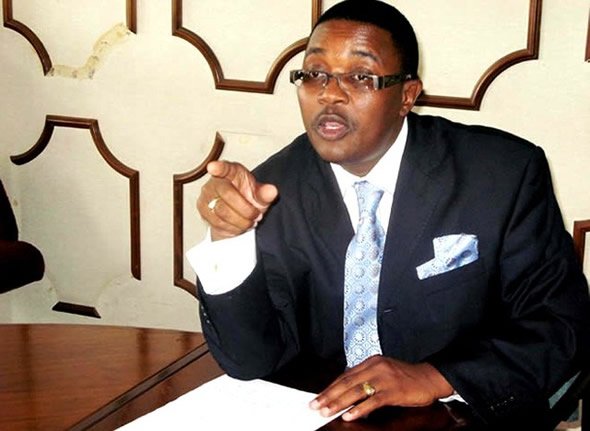 Zanu PF’s politics has been weighed down by bootlicking of President Robert Mugabe and those in higher offices. No one dares to criticize him in public a clear indication that there is heavy indoctrination and inculcation of docility in the party. Mugabe really enjoys seeing his subordinates making a fool out of themselves as they shower him with praises.

Among these bootlickers are Webster Shamu Minister Media, Information and Publicity who last year shamelessly described the ageing leader as having cremora the whole body.

Saviour Kasukuwere and Mashonaland West Governor and Resident Minister Faber Chidarikire could not be left out in the bootlicking contest as they blasphemously likened the old dictator to the “Biblical Moses” and “Angel Gabriel”.

The recent description of the President by Minister of Tourism (and also Masvingo South Zanu PF legislator) as the centre of tourism development further shows the extent to which political leaders crave for Mugabe’s attention especially ahead of the coming elections.

It is beyond any stretch of the imagination that the Honourable Minister’s statement was aimed at pleasing the octogenarian especially at a time the Minister is in the dirt for expressing frustration over the veteran ruler’s reluctance to give way to fresh blood, as quoted in the leaked United States diplomatic cables.

Whereas it is good and noble to congratulate the President, I think there were serious bootlicking elements in some of the Zanu PF Ministers’ messages.

With divisions tearing the so called “revolutionary” party away, some Zanu PF ministers and MPs are now afraid that they might be relegated into the political wilderness, forcing them to bow down before the ageing dictator.

Mzembi was mischievously clever in telling Robert Mugabe that he was ‘a centre of tourism demise’,

Obert Mpofu always signs his letters to the President as ‘your ever obedient son,”

With hero-worshippers like these, it is puts one to task to question if anyone in Zanu PF’s supreme body, politburo is able to stand for what they think is right.

To most of politburo members and common supporters, Mugabe is a mini-god who has the power to decide on the fate of each individual, and no one dare to look him in the eyes and tell him point blank that, it is high time he leaves the throne to the young turks.