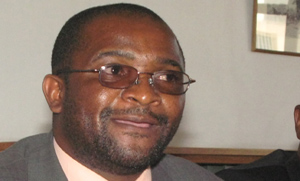 Two members of the MDC led by Morgan Tsvangirai have been murdered in less than a week, amid fears that serious violence along political lines is once again on the rise. Last Tuesday an MDC-T activist in Masvingo was brutally murdered, allegedly by ZANU PF supporters at his Zaka East home.

According to provincial party structures, Sharukai Mukwena woke up on Tuesday night to discover that his granary had been set alight. It’s believed that when he went to investigate what was happening he was confronted by ZANU PF youths who attacked him.

The MDC-T’s spokesperson Douglas Mwonzora told SW Radio Africa on Monday that Mukwena’s hands were chopped off in the attack, calling it “a truly gruesome murder incident. He was murdered apparently for showing the MDC party symbol which is an open palm. So they severed both palms from his body before they murdered him,” Mwonzora said.

Mwonzora said the motive for the death is “clearly political,” explaining how the “very partisan police have not done anything about this murder.”

On Friday, less than a week later, the party’s branch treasurer in Mbare, Shepherd Bandau, was murdered by members of the notorious Chipangano gang, a ZANU PF loyal youth gang.

The MDC-T said that Bandau had been on his way home on Friday when 10 Chipangano members approached and started assaulting him. The party spoke to a witness who said that the gang “challenged anyone who tried to intervene with the same fate and we became scared that no-one could even stop the assault.”

Police were eventually called in and Bandau was transported to hospital. But according to the MDC-T he lost consciousness while on the way and was declared dead on arrival.

Four of the 10 ZANU PF youths have been arrested and are detained at Mbare Police Station. The witness told the MDC-T that the youths who have been arrested are known under their Chipangano operational names of ‘Zesa’, ‘Paraffin’, ‘Marko’ and ‘Isaac’ but he did not know their real names.

Mourners for Bandau have gathered at Kaseke Village in Domboshava and burial arrangements are being finalised.

According to the MDC-T, Chipangano is part sponsored by two losing ZANU PF parliamentary candidates in the 2008 elections, Tendai Savanhu and ZANU PF Harare provincial chairperson Amos Midzi. Another sponsor is Hubert Nyanhongo, the MP for Harare South and the Deputy Minister for Energy and Power Development.

“The three are paying and oiling the ZANU PF youths who operate under the rogue outfit Chipangano to unleash violence on suspected MDC supporters,” the MDC-T said.

Incidences of violence against the MDC have continued despite the party now being a part of government. The leaders in the government meanwhile have all repeated calls for violence to end, but observers have said it is clearly an insincere call on ZANU PF’s part.

Other observers meanwhile have said that if the party under Robert Mugabe’s leadership really wanted violence to end, all Mugabe would need to do is give the order.

Mwonzora said on Monday that these murder cases are just the ones that have been reported, adding that “we suspect that there are more that have not been reported yet. We are very worried because political violence is on the rise. We are also filled with a sense of hopelessness on the part of the MDC in government, because we are unable to protect our supporters,” Mwonzora said. SW Radio Africa