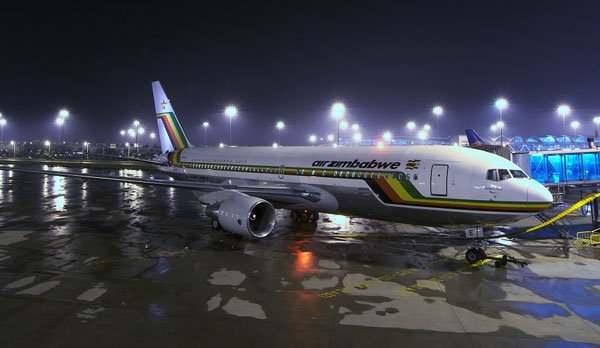 HARARE- State owned Air Zimbabwe has been placed under judicial management after its debt rose to $140 million leaving it facing possible liquidation.

On Friday, the High Court appointed a judicial manager and barred the Air Zimbabwe board from any involvement with the company after unpaid workers sought an intervention from the courts.

A lawyer representing the Air Zimbabwe workers Mr Caleb Mucheche told the state owned Sunday Mail newspaper the High Court order was a prelude to the liquidation of the national airline.

He said the airline had failed to pay workers since January 2009 and had accrued arrears of up to $35 million by the end of last month.

“Since the court has appointed a judicial manager it means that this is a prelude to liquidation,” he said.

“The judicial manager will now move in and the current Air Zimbabwe board will have to step aside.

“The judicial manager will assess if Air Zimbabwe is still a going entity but as the way things stand all is not well, he is likely to recommend liquidation.

“That is the process. Whenever a judicial manager comes in, the next step is liquidation.”

Air Zimbabwe also owes millions of dollars to service providers and other supplies. It was forced to suspend flights to London and Johannesburg early this month after two of its planes were impounded at South Africa’s OR International Airport and UK’s Gatwick Airport over debts. Africa Review