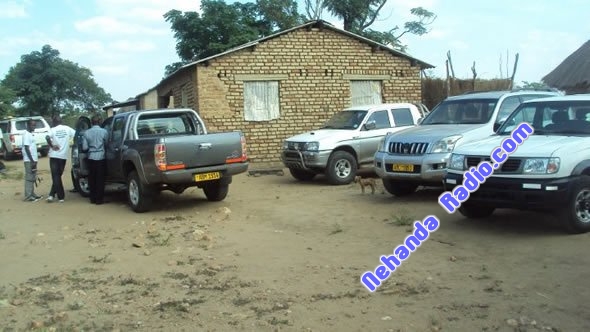 HARARE- Three agents from the notorious Central Intelligence Organisation (CIO) on Wednesday afternoon severely assaulted a mechanic, Bornface Mvemve as he was test-driving an MDC-T vehicle in Harare.

Three men in black suits, including the driver, disembarked. Two of the men who were drinking beer began to assault the mechanic and poured beer all over him. After that they smashed both the front and the rear windscreens of the party vehicle. They then hurriedly left the scene.

Mvemve, injured on his neck and collar bone was immediately rushed to a city hospital where he is receiving treatment.

An MDC-T statement issued afterwards said “The CIO and other security agents are refusing to reform and have constantly attacked MDC members at the instigation of ZANU (PF). Last week, the police arrested MDC shop assistants manning the party regalia shop at Harvest House following clashes with vendors.”

The MDC-T said it is also concerned with the continued renewal of service chiefs’ contracts as they have been partisan towards ZANU (PF) in the discharge of their duties. Two of the culprits, Defence Forces Commander Constantine Chiwenga and Police Chief Augustine Chihuri’s contracts are expiring next month.

Harare man claims to be God