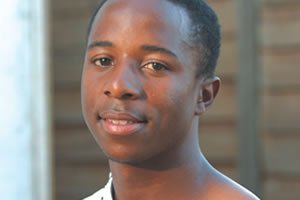 HARARE- Gospel musician Kudzi Nyakudya was last Friday arrested after he was found selling 200 pirated CDs of his own music.

The diminutive Kuwadzana-based gospel artiste spent the weekend in police cells and was only released yesterday after his recording company, Diamond Recording Studios, withdrew the charges.

Selling pirated CDs is illegal as it contravenes the Copyright Act, which makes it a criminal offence to duplicate or photocopy CDs, books and any form of intellectual property without permission.

In an interview yesterday, Kudzi confirmed the arrest, but said his actions were largely influenced by the recording company’s weak distribution strategies.

“I feel let down by Diamond because on several occasions, I asked them to supply me with adequate CDs so that I can meet my orders, but they continued to give me all sorts of excuses,” he said, in an effort to sanitise, the act, while playing down his arrest.

He added that he also had an arrangement with the company whereby it is supposed to supply him with sleeveless CDs at a cost of 50c, but it had been failing to meet the demand.

“Look, I have been getting a raw deal from the company (Diamond Studios), and I just could not starve, so I ended up duplicating my own CDs for resale,” he said. However, Diamond Recording Company boss Steady Munyanyi poured cold water on Kudzi’s claims, saying his allegations were driven by malice.

“He (Kudzi) has not been communicating his requirements with the office, because we could have met his orders. Anyway, it will be unprofessional for us to discuss our business in the Press. I have since withdrawn the charges and the young man is back at his parents’ home,” he said.

The youthful singer is not new to controversy. In 2010, he was brought to the courts by a Harare couple for allegedly stealing their commuter omnibus gearbox and misusing their cash.

Kudzi has seven albums to his name after bursting on the local scene some years ago with his album “Gadziriro”, which did very well on the market. The album immediately propelled to the fame, leading to the release of yet another impressive product, “Jerusalem”, two years later.

In 2004, he unleashed “Garai Neni”, before maintaining his magic with the self-titled “Kudzai Ishe” that won him the Silver Jubilee Zima Best Male award in 2005. Two other albums – “Hallelujah and “Ini Naye-Story of My Life” – were to follow.