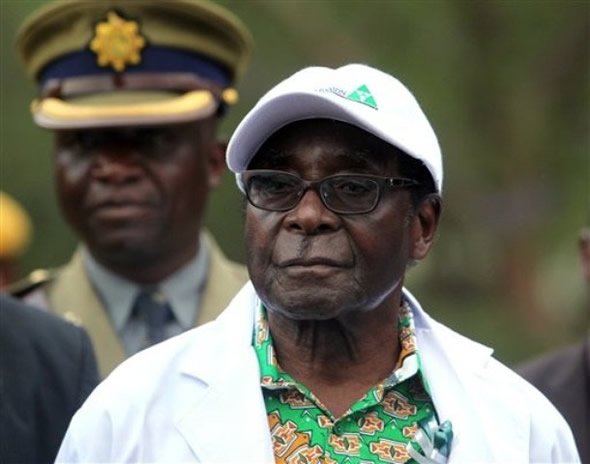 Extensive briefings of the Zimbabwe Independent by Zanu PF delegates at the conference showed Mujuru’s faction is coming under intensifying challenge by the Mnangagwa group which now wants to go for the jugular to prevail over its opponents to succeed Mugabe. Although Mugabe remains in charge of the party, faction leaders believe they have to look beyond him.

Since delegates arrived in Bulawayo on Wednesday, Zanu PF faction leaders have been holding secret meetings, mainly under the cover of darkness, inside their hotel rooms and other private venues to strategise how to outmanoeuvre each other. The rival leaders have also been jostling for Mugabe’s attention to win favours and consolidate their positions.

The Independent has also received credible reports of dirty tricks being employed at the conference with some top Zanu PF officials, including Mnangagwa, having had their hotel rooms bugged by security agents loyal to their rivals. One senior official reportedly went to complain to Mugabe at State House in Bulawayo on Wednesday night that his room was wired with listening devices and other gadgets.

“The succession battle is getting vicious and dirty,” a senior Zanu PF politburo official said. “But things will get worse after this conference. The endgame will be brutal and nasty.” Although Zanu PF, riddled with factionalism and infighting, has two main camps, there are several other smaller cliques, defined by regions, ethnicity and other common interests, operating within and across the main blocs.

Senior Zanu PF officials said this week as part of the Mnangagwa faction’s strategy to seize control of the party, Mujuru is now personally targeted for removal. The Mnangagwa group still wants to replace Mujuru with Zanu PF  Women’s League  head Oppah Muchinguri as it tried but failed to do during the 2009 congress.

The Mnangagwa faction is also reportedly plotting the removal of Nicholas Goche and Webster Shamu as heads of security and the commissariat departments in the politburo. The politburo, sources said, might be reshuffled ahead of elections.

“The factional battles are intensifying in the party. While it appears here at the conference that there is harmony and unity, the reality is that below the surface there is a lot happening,” another politburo member said.

“The Mnangagwa faction is fighting back viciously after its defeat during the 2009 congress. They are now going for Mai Mujuru herself and other senior members of the camp like Goche and Shamu, particularly now after the death of (retired army commander) General (Solomon) Mujuru,” another politburo member said.

“We told you months back that this power struggle is going to be rough. There will be blood on the floor.”

The senior officials also said the succession battle would be further fuelled by the fight between the two factions for several vacancies in the politburo following the deaths of Ephraim Masawi (deputy national commissar), David Karimanzira (secretary for finance), General Mujuru (committee member), and Khantibai Patel (committee member).

The succession fight is also currently playing out fiercely in Mashonaland West where former acting Zanu PF provincial chairman John Mafa is set to battle it out for the chairmanship with deputy ministers Reuben Marumahoko of Regional Integration and International Co-operation, supported by Shamu, and Walter Chidhakwa of State Enterprises and Parastatals. Chidakwa used to be supported by Local Government minister Ignatius Chombo, a senior politburo member.

Mafa, reportedly backed by controversial tycoon Philip Chiyangwa, himself a former Zanu PF Mashonaland West provincial chair, is linked to the Mnangagwga faction, while the other two are connected to the Mujuru camp. Sources said the Mnangagwa faction was now taking full advantage of the death of General Mujuru to force the Mujuru faction to lose political ground and retreat.

“There was a question whether the death of Mujuru would affect his faction or not. Now it’s becoming increasingly clear it has already started weakening the group because Mai Mujuru and senior members of the camp like Sydney Sekeramayi, who has his own ambitions, have not risen to the challenge,” a source said.

“However, the truth is that even if Mnangagwa is on the ascendancy, the party is still deeply divided over the succession issue. The Mujuru camp still has some advantages although the security services chiefs are now mainly with Mnangagwa.”

The fight back by the Mnangagwa faction is a recovery bid after its defeat during the 2009 congress. The Mujuru faction heavily defeated the Mnangagwa camp during the congress, raising hope that Vice-President Mujuru would take over from Mugabe. Officials say the escalation of the power struggles within Zanu PF would intensify the internal strife in the already deeply-divided party after the ongoing Bulawayo conference. The Zimbabwe Independent