We are embarking on action now: MDC-99 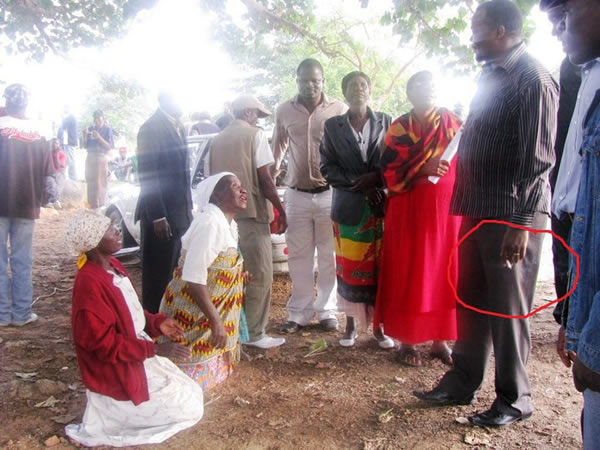 The following is a statement issued by the breakaway MDC-99 political party led by the former MP for St Mary’s Job Sikhala. Out of frustration over what he called dictatorial tendencies in the MDC led by Welshman Ncube, Sikhala quit to form his own party, naming it after the year in which the once united MDC was formed.

It is time now for Zimbabweans to take action against the continuing political charade of the Government of National Unity (GNU).

The year 2011 is drawing to an end. Finance Minister Tendai Biti recently presented his budget proposals in parliament, Zanu PF is preparing to hold its national conference in Bulawayo and the junior partner in the GNU, MDC-T is crippled by the confusion of not being sure about what to do with the promiscuous GNU marriage.

Sikhala to be represented by top international law firm for…

But one thing remains inter-linked with all these developments, and which is the fact that Zimbabwe’s political livelihood is rudderless under the GNU leadership. Biti’s budget proposals can best be summed up as a mere scratching of the surface, and that is for the following reasons;

a)       The proposals are totally incapable of addressing the country’s major macro-economic and fiscal challenges, including recapitalization, job creation, incomes as well as delivery of social services.

b)      The budget proposals have nothing to do with revival or parastatals of state controlled institutions such as Air Zimbabwe, the National Railways of Zimbabwe, the Zimbabwe National Water Authority and the Zimbabwe Electricity Supply Authority. This simply means lack of a way out towards solving serious problems at these institutions, which have a bearing on the state of service delivery as well as economic performance.

c)       Consequently, due to the glaring lack of real substance in Biti’s proposals, they emerge once again to be another cocktail of packages merely aimed at satiating the GNU members and their bandwagons as well as sustaining the elite in the failed government setup. One can rest assured that no-matter how much Biti may rant and rave about it, the cancer of massive government expenditure mainly by the executive on foreign travel and freebies will continue being an albatross on the national fiscus.

Robert Mugabe goes to Bulawayo with his bootlickers and followers of Zanu PF to renew their declaration of war and commitment to bloodbath in order to stay in power. Zanu PF is likely to foolishly take a serious stance on holding elections very soon of course with the ailing Mugabe as their presidential candidate.

We know what this means for the country-bloodbath.

Anyone seriously taking Mugabe’s claims to want peace must have his head examined!

We end this year with Zanu PF arrogantly pressing on with its warped so-called indigenization programme, which in addition to being another mere avenue for the ruling elite and their cronies to grab and enrich themselves, is also anathema to existence of conducive investment climate.

Workers in both private and public sectors once again keep dreaming for better salaries and wages as another year beckons with the majority of them earning well below the Poverty Datum Line.

The fact that Biti once again fails to address the chronic problem of salaries for the poor civil servants is a silent admission of the GNU’s failure and also a very negative pointer into the future of this country. In short the bulk of indicators and factors prevailing in Zimbabwe today symbolize failure and stagnation.

The main reason we find ourselves in this quagmire is the failure of the GNU to implement a reformation agenda that would have led to Zimbabwe holding free and fair elections. The world now knows why the so-called Prime Minister has increasingly given in to the Zanu PF evil plans of blocking reform-he has been too busy with personal issues.

But the nation cannot continue any longer to be held to ransom by an ailing dictator being urged on by his crowd of lunatic bootlickers and followers and joining forces with a prime-less Prime Minister whose party has no clue on how to handle simple matters of bed-hopping political failures.

The MDC99 in October approached President Jacob Zuma of South Africa, who is the SADC mediator on Zimbabwe and presented our demand for the disbandment of the GNU NOW.

We want to acknowledge the good reception and commitment we were shown by Zuma’s mediation team, which is also clearly becoming increasingly exasperated by the endless GNU circus of negotiations after negotiations without significant progress.

Whilst we are still pursuing our mission of pressing for Zuma to stop and accept that the only way forward is disbanding the GNU and giving all Zimbabweans the responsibility to correct the current political failure, we are not going to fall into the same pit of being made to wait for longer on promises and delaying tactics of the GNU dictatorship.

We therefore announce today as a party that action is beginning NOW. We are mobilizing Zimbabweans to start embarking on civil disobedience as a way of demanding that Mugabe, Tsvangirai and their followers stop wasting time with their GNU.

We are mobilizing Zimbabweans to start using peaceful means to send the message clear to the GNU failures that we are fed up, such as through writing small notes and submitting them at government offices. The higher level of this national call is mobilizing for mass action and that is already on our table.

Let me make something clear-MDC99 is hoping that the GNU failures take heed of the call to end their failed marriage now without forcing Zimbabweans to embark on a serious confrontational path. We are aware of Mugabe’s arrogance, which has rubbed onto his followers such as Tsvangirai, but everyone has recently come to understand and appreciate that the power lies with the people, who can use it when mobilized to stand up for their demands.

To Zuma, we reiterate the moral obligation on his hands to avoid the last option of Zimbabweans confronting the political evil of the GNU. He simply has to admit what he now knows that the GNU has failed and will not lead us to holding free and fair elections.

The GNU must be disbanded and replaced by a transitional administration comprising all political parties in Zimbabwe, civil society, religious groups, labour, students’ movements as well as underprivileged groups such as the disabled people.

We propose for SADC, through its mediator to disband the GNU and immediately convene an all-stakeholders conference where a team of 20 men and women will be selected from all the parties and sectors to be headed by a respected cleric or civic leader.

The transitional administration would be tasked to spend the first six months working on establishing a people-driven constitution, reform the country’s key sectors such as in the media, security services, electoral conduct, human rights, judicial independence and also the vital involvement of Zimbabweans in the diaspora in the crafting of constitution as well as elections.

The world must brace for the commencement of action by Zimbabweans soon!

Tsvangirai has nothing to be ashamed of

Sikhala to be represented by top international law firm for free