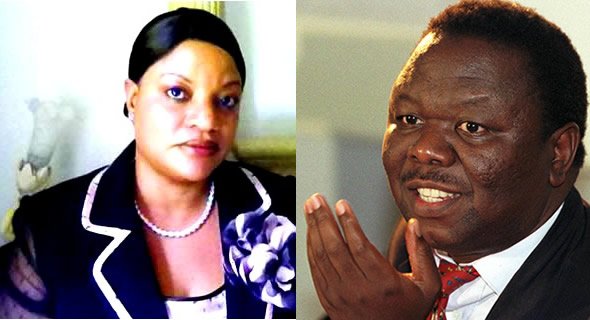 For the past two weeks, I have been a subject of frenzied media coverage regarding my relationship with Ms Lorcadia Karimatsenga. Indeed as is normal, there was both a positive and negative reaction to this development.

Regrettably, both reactions were misplaced.

However, I feel that the people of Zimbabwe deserve to know my position on this matter, which to a large extent has damaged not only the reputations of the two of us involved in this relationship, but equally so the public image of the Tsvangirai and Karimatsenga families.

Indeed I had a relationship with Ms Locadia Karimatsenga. At a certain stage, she claimed that she was pregnant and that I had to be introduced to her family to own up and accept responsibility according to our culture and tradition.

Following this development, and like every cultured Zimbabwean, on Friday, 18 November 2011, I sent a delegation to the Karimatsenga family homestead to perform traditional and cultural rites.

But since the day I sent a delegation to the Karimatsenga family, everything has been played in the press and I have become an innocent bystander.

I have become a spectator and things are happening too fast, on camera and without my knowledge. This has led me to conclude that there is a greater and thicker plot around this issue which has undermined my confidence in this relationship.

I was reported to have been there in Christon bank when in fact I was in my office. Other inferences were equally stated as fact when on the contrary these were false representations.

There have been several developments since that day which have been deliberately planted in the media and which I have had to read in the press; developments that would have taken place without my involvement and knowledge as an interested party.

The cultural rites that took place received wide, well arranged publicity clearly giving rise to a legitimate enquiry on the motive of this publicity, including the choreographed media capture of Ms Karimatsenga while she was supposedly in Buhera.

While I accept that as Prime Minister I live a public life, I believe I reserve the right to define my relationship. I have opened up communication lines with the Karimatsenga family and they know my position regarding this matter.

I do not wish to publicise the nature and extent of my communication to them. Ms Karimatsenga is also aware of my position on this matter.

Added to this, there is now an underhand and active political hand that is now driving the processes and this has resulted in everything regarding this relationship now taking place in camera, with the public media journalists in tow.

Everything is so well choreographed. The intention is clear: to inflict maximum damage on my person and character for political gain. This has caused me to have serious misgivings as to whether this will be a perfect union that will inspire young couples and reflect marriage as the noble and respectable institution that it is. 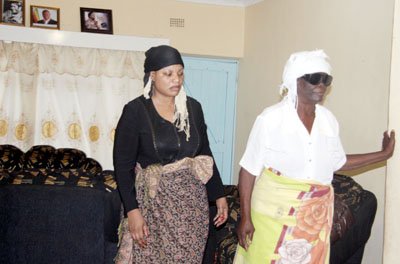 Tembo travelled to Buhera at the weekend to meet Tsvangirai’s mother, without the knowledge and consent of the PM

I am committed to serve my country with honour and distinction not only as a national leader, but as a respected family man who owned up to his responsibility by following cultural and traditional procedures.

There are many things I have learnt in the process and one is that with the benefit of hindsight, I could have done things differently. In this regard, I apologize to every single Zimbabwean for any discomfort caused by any of my actions.

Having been happily married for 31 years, I also realized that sometimes when you are searching for a partner especially after losing your wife whom you so dearly loved, there are many stakeholders in the process some of whom have their own ulterior intentions and agendas.

I want to admit that the last two weeks have been particularly bad for me, my children, my family and even ordinary Zimbabweans who have sought to find meaning to this sordid saga. Reputations have been bruised and mutual trust upon which such relations are built and maintained has been lost.

Marriage is a serious proposition arising out of mutual trust, intimacy and respect. When these values are undermined, that relationship is irretrievably doomed from the start.

My genuine intention has been betrayed and hearts have had to search long and hard to the true meaning of this well-choreographed drama that has now been hijacked to cause political damage on my person and character.

As has been evidently demonstrated by these past well-ochestrated events, it would be inconceivable that a normal marriage relationship can be consummated.

However, I want to assure the people of Zimbabwe that this dark patch in my private life will not dampen my commitment to serve my country and to deliver real change to the people.

I remain unfazed by this sad chapter which will not in any way deter me from my national responsibility to serve Zimbabwe. I will not expose the people’s struggle for democratic change to machinations of infiltration.