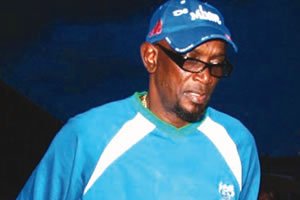 Dynamos players boycotted their morning training session yesterday, demanding clarification and guarantees from the club’s management on salaries and bonuses that have been outstanding for some time.

The DeMbare leadership, however, said it was just a minor setback and the players were back in training in the afternoon. Although Dynamos players’ salaries are now being paid by BancABC, they are owed various amounts stemming from the time before the club had sealed a deal with the bank.

The amounts were accrued when the old executive was in power before changes were made which swept Harare businessman Kenny Mubaiwa to the chairmanship of the club. Mubaiwa and his executive were forced to convene an emergency meeting with some senior players at Raylton Sports Club after the players refused to go through their paces with the coaches Callisto Pasuwa and his assistants until their issues had been addressed.

The training only started three hours late after the leadership had managed to assure the players and convinced them to get down to their drills.
The Glamour Boys’ secretary-general Nyika Chifamba, however, said the industrial action was the result of a breakdown in communication.
Mubaiwa and his committee appear to have done a good job since taking over office during the mid-season and reaping the results but they are still being haunted by debts inherited from the last executive.

“It wasn’t something serious and it wasn’t about money issues. The players wanted to see the executive but it appears there was a communication breakdown. We always hold such meetings to discuss club issues with the players. We are also aware that at this point where we are now running for the title there could be people out there who want to fan differences to disturb the team.

“What we need now is unity because we are at the most crucial moment in the race where everyone’s input is needed. Yes, some players could be owed and it’s something we inherited from the previous executive but I am sure we have managed to pay off some of the debts and we are on course to clear all,” said Chifamba.

Dynamos have hit top form since changes to the executive were made and the coaching set-up and have managed to bounce back into contention for the league title where they are currently pushing leaders FC Platinum. The Glamour Boys reduced the gap between them and the Zvishavane side to just one point, with four games remaining, following the 3-1 win over Highlanders at the weekend.

But they had a false start to their preparations for this weekend’s quarterfinal clash with Shooting Stars in the lucrative Mbada Diamonds Cup following the sit-in by the players yesterday. DeMbare are in the running for honours after pulling through to the last eight courtesy of a 1-0 win over bitter rivals CAPS United in the first round last month.

“The team is doing fine and we want to thank the fans for their support. Right now we are preparing for the weekend game against Shooting Stars and we need not lose our focus. After that we are supposed to go to Hwange for a league match. Planning ahead is important and these are some of the things we discussed today,” said Chifamba.

DeMbare are looking at hiring a number of buses to take their fans to Zvishavane this weekend and to Hwange for the league match after rivals FC Platinum came with three busloads of fans from Zvishavane. Motor Action are complaining that they were harassed by FC Platinum fans when they were in Zvishavane on Sunday for their league match against Shabanie, which ended goalless.

Shooting Stars chairman Lewis Matindife last night said beating Dynamos, to win the Mbada Diamonds Cup, was key to their survival battle.
“If we beat Dynamos on Sunday, and we know we have the capacity to do that, then it will be a huge confidence to our players and it will send a message to the teams we will meet in the league that we really mean business,” said Matindife.

“We feel that if we win on Sunday, our season is done and it will have a very good ending and that’s why the players are pumped up for the occasion. We are leaving early for Zvishavane because we need to train there and feel at home and we are confident that we can go all the way and win on Sunday.”