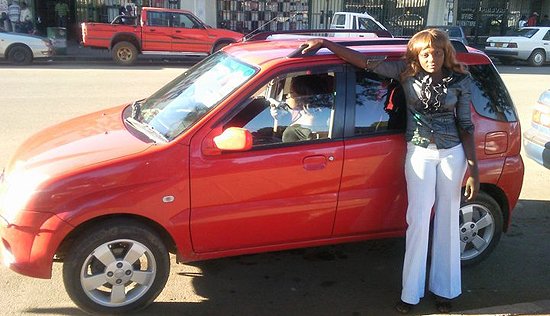 Three Gweru women arrested for allegedly ‘raping’ men and taking away their semen in some 31 used condoms, have denied the allegations and claimed they are just ordinary hardworking prostitutes.

Rosemary Chakwizira, 24, Sophie Nhokwara, 26, and Netsai Nhokwara, 24, were arrested on Sunday in what was thought to be a ‘sperm harvesting’ syndicate that targeted male hitchhikers in the Masvingo, Midlands and Harare Provinces.

The trio transferred from Gweru to a police station in Harare have however said they were simply too busy to dispose of the 31 condoms seized from their car. Police meanwhile say they have now arranged an identity parade in Harare for more than a dozen male victims.

Semen is “selling like hot cakes” in neighbouring South Africa where a condom full could fetch as much as US$400.

Investigators got a lucky break when Sophie Nhokwara’s boyfriend, who has not been named, ran over and killed a pedestrian along the Gweru-Lower Gweru road while driving her red Chevrolet Aveo.

On examining the vehicle, police found 31 used condoms in the boot – three of them said to be half-full with semen. Shortly after, police say the three women arrived on the scene and asked to be allowed to retrieve personal items from the car, immediately arousing the suspicions of law enforcement agents.

Zimbabwe says no to condoms for prisoners

Bennett needed to be replaced: Tsvangirai