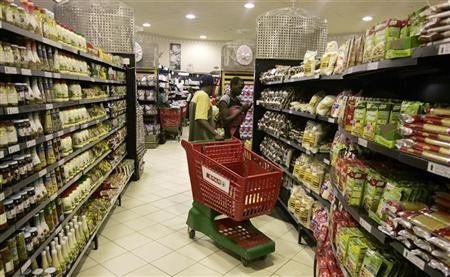 Zimbabwe’s year-on-year inflation rate for the month of July went up 0,4 percentage points to 3,3 percent from 2,9 percent the previous month. “This means that prices as measured by the all items Consumer Price Index (CPI) increased by an average of 3,3 percentage points between July 2010 and July 2011,” the Zimbabwe Statistics (Zimstats) office said.

The year-on-year inflation rate is given by the percentage change in the index of the relevant month of the current year compared with the index of the same month in the previous year. Zimstats said year-on-year food and non-alcoholic beverages inflation, prone to transitory shocks, stood at 3,56 percent whilst non-food inflation was 3,13 percent.

It said the month-on-month inflation rate, monthly percentage change, was 0,3 during month under review, gaining 0,1 percentage points on the June rate of 0,2 percent. “This means that the rate of change in prices as measured by the all items CPI increased by an average of 0,3 percentage points from June 2011 to July 2011,” said Zimstats.

The month-on-month inflation rate is given by the percentage change in the index of the relevant month of the current year compared with the index of the previous month in the current year. It said the month-on-month food and non alcoholic beverages inflation closed July at 0,47 percent advancing 0,35 percentage points on the June rate of 0,12 percent.

The month-on-month non food inflation stood at 0,17 percent shedding 0,13 percentage points on the June rate of 0,30 percent. “The CPI for the month ending July 2011 stood at 98,2 compared to 97,9 in June 2011 and 95,1 in July 2010.” Meanwhile, economic analysts say the recent government decision to restore duty on household goods could exert inflationary pressures on the economy.

Panic buying gripped consumers following the government’s decision to restore a 40 percent import duty on groceries and other commodities. Economist John Roberstson said the decision to restore duty as a means of protecting local industry was conflicting with common sense. He said the move was going to result in unprecedented price hikes, subsequently increasing the consumer index to unsustainable levels.

“People are prepared to pay more for these imports because the local industry lacks variety and it normally does not meet quality expectations. If anything people will start demanding higher salaries so that they are able to buy these foreign products,” he said. Robertson said there was need for government policy to be coherent if the country was to sustainably resuscitate the economy.

“Government policies are in serious conflict, I know the motive to promote local production comes with the need for job creation but government should instead be able to attract investment so that we produce quality products at a competitive cost and then export them, but they instead scare away investment with indigenisation,” said Robertson.

According to a snap survey by dailybusiness, there has been a sudden surge in demand for imported appliances. Consumers, emerging from a rough time at the height of Zimbabwe’s hyperinflation in 2008, said it was a means of preserving value. Biti announced in his mid-term fiscal policy that amounts ranging between 10 to 15 percent of commodities’ cost would be collected on food imports starting this month on the basis that there was need to protect local industry. Daily News

The Zanu PF elites have lost their game