Robert Mugabe has stirred a hornet’s nest over the death of retired army general Solomon Mujuru by saying: “I have never seen a person die in such a horrific manner, we are all shocked.” Mugabe was addressing mourners, including Vice President Joice Mujuru, who were gathered at the One Commando barracks where Mujuru’s charred remains were taken.

The comments immediately drew criticism from the families of opposition activists who were brutally murdered in similar, if not more brutal fashion, by state security agents working for the regime. Victims of the Gukurahundi Massacres and MDC-T activists like Tonderai Ndira, Abigail Chiroto, Tichaona Chiminya, Talent Mabika and others all died truly horrible deaths at the hands of Mugabe’s henchmen.

If Mugabe’s memory is to be blamed for the remarks we would like to remind him of some incidents, like the death in 2008 of Abigail Chiroto, the wife of the MDC-T Deputy Mayor for Harare Emmanuel Chiroto. On the 16th June 2008 a ZANU PF mob descended on the Chiroto house in Hatcliffe. On seeing Chiroto was not there they destroyed the house using a petrol bomb. The mob then abducted his 26 year old wife Abigail and their four-year-old son Ashley. 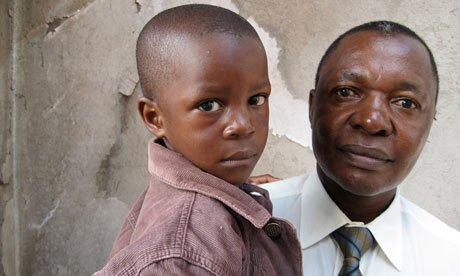 Emmanuel Chirito and his son, Ashley, in their destroyed home. Photograph: Peter Godwin

Fortunately for Ashley the mob decided to dump him outside a police station but his mother was not as lucky as they took her to a nearby farm. Two days later on the 18th June Abigail was found brutally murdered. She was discovered with a gunshot wound to the head and a deep cut on her stomach. A post-mortem report showed she had been savagely assaulted and her limbs broken. Police have made no arrests, despite one of the killers still using a mobile phone stolen from Abigail.

In May 2008 prominent MDC-T activist Tonderai Ndira was abducted from his home in Mabvuku by state security agents. According to his brother Barnabas Ndira, Tonderai’s body was found by police at a farm in Goromonzi and taken to the mortuary at Parirenyatwa. He said because the body was partially decomposed his relatives could only identify him by his legs and a wristlet he always wore.

He was severely beaten, including deep wounds in his back and broken knuckles. According to Cosmas Ndira: “His jaw was shattered, his knuckles broken, a bullet hole below his heart, many, many stab wounds and a large hole at the back of his head which seemed to have been caused by a hammer.”

In the run up to parliamentary elections in 2000 Tichaona Chiminya and fellow activist Talent Mabika, who worked as campaign aides to Morgan Tsvangirai, were brutally murdered when state security agent Joseph Mwale and Kainos ‘Kitsiyatota’ Zimunya petrol bombed their election campaign vehicle during an ambush in Buhera.

Sanderson Makombe who survived the ambush told SW Radio Africa he escaped into the bush and watched as Zimunya and Mwale threw petrol into the car and set it alight. Vastly outnumbered and faced with thugs armed with AK-47 rifles he watched powerlessly as his colleagues Mabika and Chiminya got out of the car and ran ‘across the fields burning like balls of flames.’

During the Gukurahundi Massacres in the Matabeleland and Midlands provinces over 20,000 people were slaughtered by the notorious Fifth Brigade army unit. During the period, which Mugabe admitted was a ‘moment of madness’, pregnant women were bayoneted in the stomach with AK47 rifles. Most victims were forced to dig their own graves before being shot in public executions.

It’s thought the largest number killed in one incident was on the banks of the Cewale River in Lupane when, in March 1983, 62 young men and women were shot at, resulting in 55 deaths and serious injury to 7. Another often used tactic by the Fifth Brigade was to burn large groups of people after locking them in their huts.

Mugabe talking about how ‘horrific’ the manner of Mujuru’s death is, when his own troops have done worse to thousands of opposition supporters has left a sour taste in the mouths of many. SW Radio Africa

SADC must stop the army: Tsvangirai