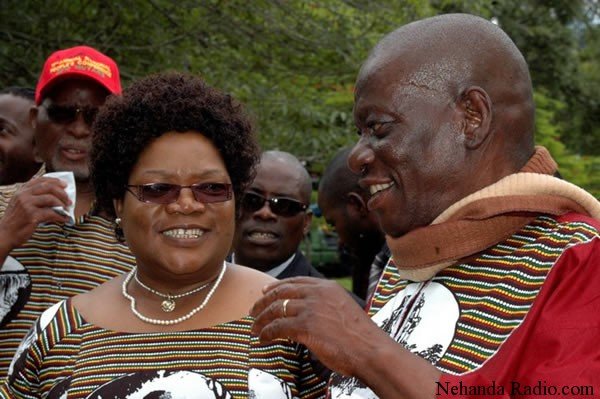 Retired army general Solomon Mujuru died last night in a suspicious fire accident at his farm in Beatrice in what several sources are claiming is both a political and domestic motivated incident.

The sources, speaking strictly on condition that they would not be named, said Mujuru, the husband of vice president Joice Mujuru, died in an inferno together with his girl friend. The roof of the house he was in, is said to have collapsed before he could escape.

Police forensics are investigating the cause of the fire which engulfed the entire house. Police say his body, which was burnt beyond recognition, has been taken to one commando barracks for more pathological tests.

The death has already sparked intense speculation given that two Zanu PF factions, one led by Mujuru and the other by Defence Minister Emmerson Mnangagwa are locked in a bitter internal struggle for influence to replace the ageing dictator Robert Mugabe.

Under his nom de guerre, Rex Nhongo, Mujuru was the operations chief of President Robert Mugabe’s ZANLA guerrilla forces during the 1970s war of independence, which ended white minority rule. He played a key role in Mugabe’s rise to the top of Zanu PF.

Following independence, he pretty much carried on as Mugabe’s muscleman  – as independent Zimbabwe’s first black army chief, becoming a general.

Mujuru’s passion to see his country free allowed him to partake in political activism which saw him being arrested while in form 3. He later left the comfort of his job to join the liberation struggle in the 1960s as a member of the ZAPU Youth League and Zimbabwe People’s Revolutionary Army (ZIPRA).

He became a field commander of the Zimbabwe African People’s Revolutionary Army (ZIPRA) in the 1960s before joining the Zimbabwe National Liberation Army (ZANLA) in 1971. He became acting Commander-in-Chief of ZANLA in  1975. In 1976, Mujuru was Joint leader of Zimbabwe People’ Army (ZIPA), a united force of ZIPRA and ZANLA.

He became the Deputy Secretary of Defence for Zimbabwe African National Union (ZANU) in 1977 and Commander of the Zimbabwe National Army in 1981 before he was promoted to full General in 1992. Mujuru also served as Member of Parliament for Chikomba District from 1994 to 2000.