Dynamos do the double over CAPS United 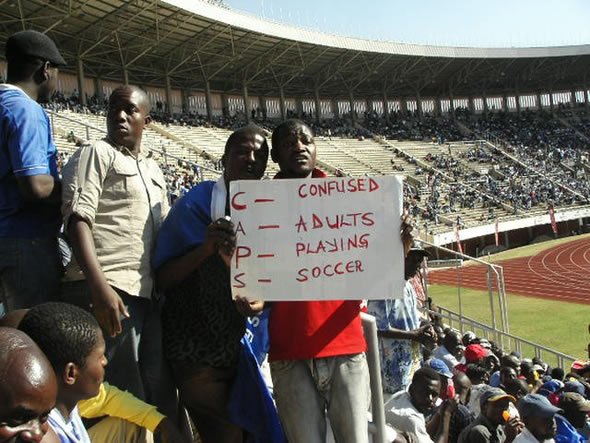 Mutuma struck the winner two minutes before full time to torch wild celebrations among the Dynamos fans to add to his equaliser in the 73rd minute after Caps United had taken the lead courtesy of an Evans Gwekwerere goal after 59 minutes.

The win saw Dynamos not only complete a league double over their local rivals, but also maintain third place on the log standings with 29 points and just seven points behind pace-setters FC Platinum, who have amassed 36 points.

In the reverse fixture, a 10-man Dynamos beat Caps United 1-0 courtesy of a last-minute winner by Tawanda Muparati. Caps United, on the other hand, maintained seventh position on the log despite the defeat with 22 points, but stretched their winless run in the league to five matches.

An elated Lloyd Mutasa, the Dynamos coach, said even when his charges were trailing 1-0 he still believed they would come back into the match.

“During the pre-season the youngsters showed that they were able to rise to the occasion when it comes to big matches and with the way they were playing I believed they would come back into the match.

“Our midfielders and the strike force were composed in front of goal and there was an element of unselfishness as all the players were playing for the team and not themselves.

Now the youngsters are beginning to gel into a formidable outfit capable of competing against every team even when some key players are not available,” said Mutasa. Maxwell Takaendesa Jongwe, the Caps United coach, gave credit to the fighting spirit by his charges but blamed the defeat on their failure to convert their chances.

“The guys gave a spirited fight, but unfortunately we came out second best in the end. We tried as much as we could, we had our chances and they had theirs, but I felt we had more clearcut chances than them but they took their chances,” said Jongwe.

Caps United went into the match with Gwekwerere playing as a lone striker upfront, while deliberately congesting their midfield and the move seemed to pay off as they dominated the early exchanges.

Dynamos, however, always looked dangerous when going forward with their attacks coming from the right flank where Farayi Vimisayi and Murape Murape were combining well, posing real danger to the jittery Caps defence. It was Dynamos who created the first real chance when Martin Vengesai exchanged neat one-two passes with Murape before having a crack at goal, but Edmore Sibanda was equal to the task, diving to his right to parry the ball for a corner.

This would be the beginning of what turned out to be a busy day for Sibanda, although this time he handled the defeat well as he didn’t weep uncontrollably like he did the last time against Dynamos. Certainly Caps United had no one but themselves to blame as they created good chances, with Gwekwerere the main culprit as he squandered to two clear chances either side of the half when given clear sight of goal.

However, the former Dynamos player seemed to have made amends when he pounced on a loose ball inside the box when the Dynamos’ goalie Washington Arubi failed to handle a stinging David Rediyoni shot. The goal seemed to liven up the match as Dynamos went out on a full onslaught in search of the equaliser until Mutuma drew parity, blasting a searching ball from Murape past a diving Sibanda.

The equaliser brought DeMbare back into life with Vimisayi’s dipping shot, five minutes later, needing an acrobatic tip over the bar from Sibanda before Mutuma sealed the three points with another close-range strike from inside the box.