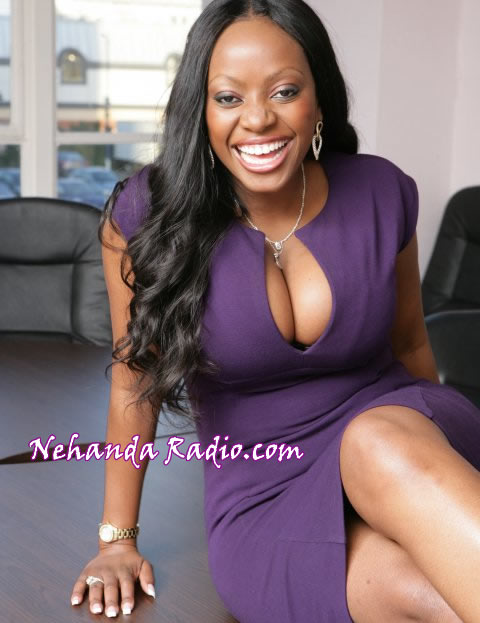 Busty former Big Brother star Makosi Musambasi from Zimbabwe has waded her way into the UK phone hacking scandal by suggesting British tabloids ‘probably’ also hacked into her voicemail while trying to get details of her life.

Writing on her blog Makosi said “I for one can testify that my phone has probably been hacked into but really I’m not sad about it, honoured maybe… It gets disturbing when you hear that the tabloids have been hacking into afghan soldier’s family phones, into kidnapped and killed children and their family’s phones.

“As an immigrant I have always wondered why people leave their countries to come to Britain… Well there is the belief that the grass is greener the other side! Well coming from Africa some would tell you they came here to run away from corruption… So when we hear that the police are selling stories to the tabloids here in Britain it is disturbing.

Jerry Hall files for divorce from Rupert Murdoch, asks for…

Murdoch empire calls time on Trump but tries to keep his…

“When your child has been kidnapped you are at your lowest, you can’t really get any lower but how are you to feel when you learn that some private detective for a tabloid has hacked into your phone and someone somewhere thinks your tears are news worthy…

“My driver who has now left the metropolitan police told me that police officers get paid anything from 5000 pounds for a scoop on celebrities… Not only that the right to privacy is violated constantly by tabloids… Someone tell me, who then watches the watchers?

“Rupert Murdoch the guy who owns all these papers that are being accused of hacking into victims phones has friends in high places, the Barrack Obama’s, the David Cameron’s you name it, so how fairly shall this scandal be dealt with?” Makosi asked.

Former cardiac nurse Makosi captured the attention of the British public when she took part in the UK Channel 4 Big Brother 6 reality show. After initially wooing the public with her outspokenness it all went downhill when she told one too many lies during the show and the public turned on her. Nehanda Radio.com