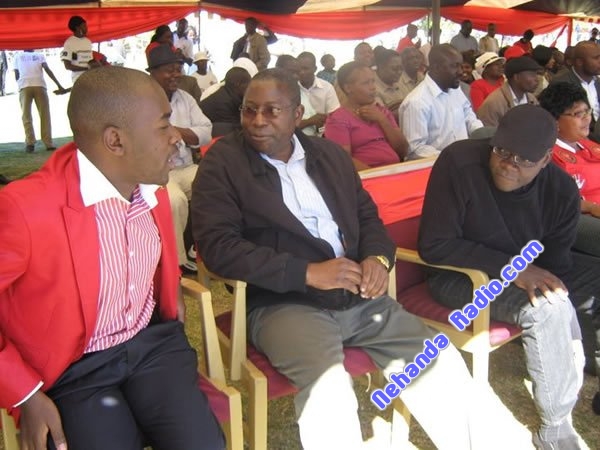 Energy and Power Development Minister Elton Mangoma was on Tuesday acquitted by a High Court Judge over charges that he authorised the purchase of five million litres of fuel, without going to tender.

Justice Chinembiri Bhunu, who delivered his verdict to a packed Harare court room, absolved Mangoma of ‘criminal abuse of office,’ saying it was common knowledge fuel was in short supply at the time and the Minister was therefore alleviating a national crisis.

Justice Bhunu had no kind words for Justin Mupamhanga, the Permanent Secretary and also the procurement authority in the Ministry, saying they should not have sanctioned the deal if they thought the normal procedure was not being followed.

Mangoma, a former corporate executive and deputy Treasurer-General of the MDC-T, argued the fuel deal was signed in January to ease acute shortages, after being approved by a Cabinet meeting chaired by Robert Mugabe.The deal involved the state purchasing five million litres of diesel, worth US$6 million, from NOOA Petroleum of South Africa.

When Mangoma was arrested on March 10th this year he spent more than a week in remand prison and was only released after paying US$5,000 bail. Analysts described his arrest as part of a broader plan by ZANU PF to frustrate the unity government. Prime Morgan Tsvangirai, who was jubilant upon hearing the news of his acquittal, called Mangoma’s arrest then a ‘calculated assault on the people of Zimbabwe.’

On Tuesday Mangoma had attended the weekly cabinet meeting, before heading across the road to hear the verdict. He said his ordeal was a classic case of persecution of the MDC. Speaking to journalists outside the courthouse, an elated Mangoma launched a scathing attack on those who pushed for his arrest, describing them as ‘most ignorant and people who don’t understand their jobs.’

‘I’m not bitter. There is no need to be when you are dealing with ignorant and vindictive people. I’ve always acted in the best interest of the country unlike those from ZANU PF who work for themselves. ‘I’m sure everyone now knows that what I’ve done was for the best interest of the country and as MDC we serve our country and not ourselves,’ Mangoma said.

Douglas Mwonzora, the MDC-T spokesman, blasted the police and said his party had long lost confidence in the partisan force. The force is headed up by ZANU PF diehard Augustine Chihuri who, in typical pro-Mugabe fashion, ensures that the officers under his command toe the ZANU PF line. But speaking about the judgement he said; ‘We are very, very happy with the outcome. From a legal point of view the judge had absolutely no choice but to acquit Mangoma.’

But Mangoma will be back in court in July, to face trial on another charge of allegedly cancelling a state tender. The state accuses the Minister of interfering in a deal to buy equipment for the state electricity utility, ZESA. Sources in the MDC say Mangoma should be thanked for uncovering the many irregularities to do with fuel tenders and the supply of equipment to ZESA.

SW Radio Africa is reliably informed Mangoma blocked a company called Solarhat from supplying pre-paid meters to ZESA. The company is fronted by an Asian businessman in Harare but is wholly owned by ZANU PF.

‘He discovered that all government contracts at the ministry are being pocketed by Robert Mugabe’s people. The irregularities he uncovered include bid rigging, the awarding of tenders to ZANU PF MPs, and ministers, and bypassing of the tender process in favour of certain suppliers, consultants and contractors.

‘ZANU PF declared war on him but can you compare what he did, trying to alleviate the country’s fuel challenges, to what Ignatius Chombo has done,’ an MDC source told us recently, referring to the allegations of massive corruption that surround Chombo.

Chombo, the local ZANU PF government minister, has acquired a staggering amount of assets that include 13 companies, 15 vehicles, a bus, a 3,098-hectare farm and over 100 residential stands and properties in Zimbabwe. Among the companies he owns is a safari lodge, a security company and a controlling shareholding in two mines.

According to his estranged wife, Marian who revealed his wealth in divorce court papers, at least 30 of the housing stands are in the plush Harare neighborhood of Borrowdale, home to several ZANU PF multi millionaires. SW Radio Africa